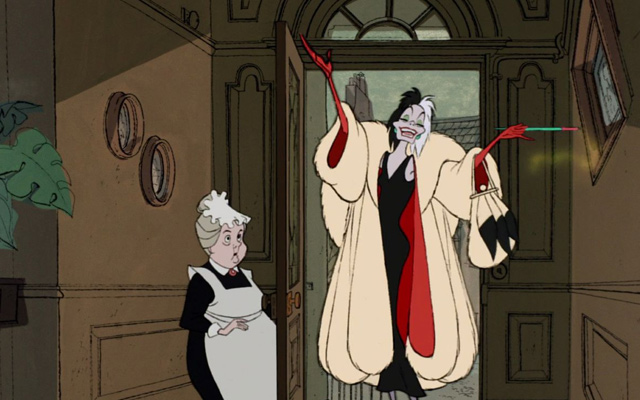 In 1961, the Disney film, One Hundred and One Dalmatians, hit theaters. Decades later, the movie’s main villain, Cruella de Vil, remains a household name. She is so popular that she got a live-action remake in 2021 (there have been sequels, adaptations, and other remakes, too).

De Vil first appeared in Dodie Smith’s 1956 novel with the same name as the 1961 movie. The character is so memorable in part because of her insatiable greed. She’s fashionable, flamboyant, and downright villainous. She makes no secret about her ruthless ambitions for fur and more fur. Everyone loves a good villain, but times have definitely changed since the 1950s and the 1960s.

Fur Obsession Is No Longer ”Cool”

Companies such as Dolce & Gabbana are focusing on sustainability now and moving away from fur. If 1961’s de Vil were to appear brand new today and exactly as she was back then, she would most likely be someone movie audiences actually hate, not just love to hate. The 2021 remake emphasizes this point with the modern de Vil not harming animals. None of actress Emma Stone’s 47 costumes featured fur.

Even as “recently” as 2000, fur was still in. The 1996 Glenn Close film 101 Dalmatians and its 2000 sequel 102 Dalmatians still portrayed de Vil as fur hungry, and that was fine! Being fur-motivated still flew with movie audiences. A little more than two decades later, it would not.

The reality is that people and the fashion industry have changed tremendously. Animal rights are a part of conversations nowadays in ways they were not before. Fur, once known as “soft gold,” is no longer necessarily a symbol of wealthy taste. In fact, many rich people now wear fur alternatives and are proud of it. They proclaim that they are done with fur. Queen Elizabeth II is one of them. While she will reuse a few existing fur pieces for ceremonial occasions, she has stopped wearing new furs.

In 2022, Dolce & Gabbana announced it would ban animal fur in favor of sustainable “eco-fur.” People for the Ethical Treatment of Animals and other animal rights groups welcomed the decision. Dolce & Gabbana joined Gucci, Yves Saint Laurent, Alexander McQueen, Balenciaga, Macy’s, Bloomingdale’s, London Fashion Week, and Elle magazine in doing away with fur. The movement is happening all across the fashion industry with designers, labels, retailers, magazines, and others.

Today’s shoppers by and large prefer recycled and recyclable materials and oppose animal cruelty. Cruella de Vil as she appeared in 1961 and even in 1996 would be someone truly and rightfully reviled these days rather than sort of admired for her blind ambition to get what she wanted.

Shop Fur Alternatives and Other Styles

Dolce & Gabbana offers fur alternatives in its efforts toward more sustainable fashions. Check out the many fashions available online and in stores in categories such as women’s, men’s, and children’s clothing, accessories, gifts, shoes, sunglasses, home, beauty, and food and beverage.