Returning to university or college just wouldn’t be complete without a look at some really impressive gadgets to enhance your year. We’ve selected five for starters, all of which we’ve tested and fallen in love with. From a vacuum that will keep your dorm (and the old mattress that lives there) unimaginably clean, to the top two cell phones we’ve EVER seen, to a fitness tracker to motivate you to stay active during the long academic year—here are the Faze picks for your 2015 back-to-school tech shopping. 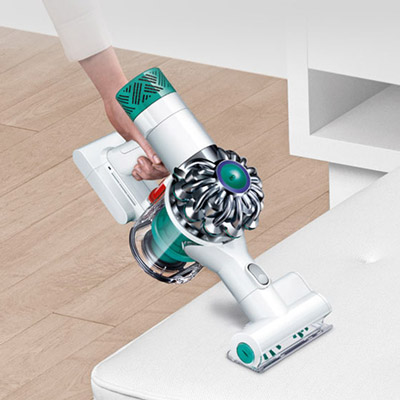 While a vacuum cleaner might not always be included in the purist’s tech roundup, we would argue that Dyson vacuum cleaners possess all the right stuff. A ton of cutting edge engineering technology and design artistry goes into all of Dyson’s products, and they all end up inspiring fandom equal to any of the other leading tech brands.

Okay, picture this: you’ve just walked into your new dorm room and stand looking at your bed, contemplating the dozens of strangers who have slept there over the years. Maybe the school has given the mattress a token cleaning, maybe not. Try not to think of the tiny world of microbes, dust mites, skin cells and other bio-goodies, also known as allergens, that live there. Or do something about it. Dyson has just released a new hand held vacuum cleaner specially designed to attack that mattress on the micro level and let you sleep soundly at night. The Dyson V6 Mattress is the latest advanced vacuum cleaner out of the Dyson labs, combining extra-strength suction, HEPA grade filtration and a new motorized brush customized to the task of cleaning mattresses.

You’ll clean your mattress, be impressed (or mildly disturbed) by the amount of “stuff” it removes, and become instantly loved and indispensable by sharing your Dyson with your floor mates. Or perhaps make a few dollars with a mattress cleaning service by renting out your Dyson.) Of course, along with a couple extra nozzles it also makes the perfect vacuum cleaner for a small room or apartment.

Find out more at Dyson Canada 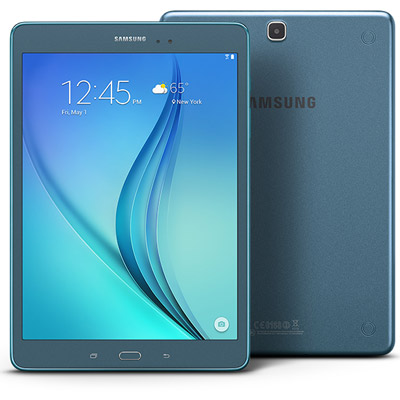 Tablets still occupy that middle ground between smart phones and PCs and struggle to really replace a more powerful laptop or desktop for the average college or university user. But the category continues to advance, especially at some of the middle price points. and for many, they are a must-have lifestyle or even on-the-go productivity device.

The new Samsung Galaxy Tab A, which was released mid-year, is a great example of a sleek, stylish slate tablet with a large crisp touchscreen perfect for viewing online content, e-books and photos, and it sports a camera that is better that most (with not-so-common autofocus and continuous shot mode). It looks and feels great in your hands, and with multiple user profiles makes a great device for sharing with housemates or family. It comes with 16GB of storage, expandable to 128GB, and we found the WiFi reception and battery life to be excellent. As a bonus to students and business-minded users, the Tab A even comes preloaded with Microsoft Word, Powerpoint, Excel and Outlook when it’s time to get some real work done.

Find out more at Samsung Canada 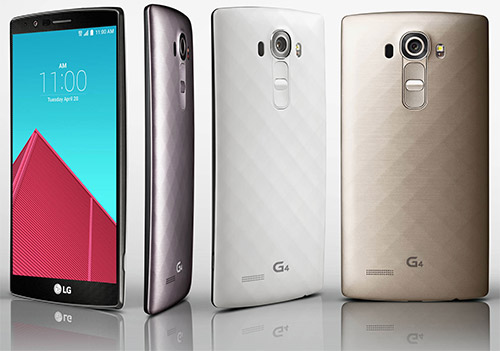 From a solid mid-range tablet, we jump into the two most impressive smart phones we’ve EVER tested. Let’s start with the new LG G4. It’s a nicely enough styled phone with several colour and material options, including an attractive hard leather texture. Running on the latest Android OS, it is the flagship phone for LG and looks to build on the success of its predecessor, the G3. Spec-wise the LG is top-class, and many of its features (such as a removable battery) make users of other phones (especially iPhone users) quite jealous. The display is stunning, larger that than its competitors’, and that really makes a difference when viewing content, working with apps and juggling different windows while multi-tasking.

But, for us (as journalists) and for most smart phone consumers, the biggest wow factor is the G4’s camera. Before we actually were able to test it ourselves, we spoke to others who were deeply impressed, from the professional event photographer who made the G4 (and before that the G3) part of his image-capture gear, to the leading tech journalist who, despite being an iPhone user for years, carried a LG G4 on vacations as his camera! Let’s be honest, taking photos and videos on our phones, whether for our own enjoyment or to share through social media, is one of the most important roles for a phone these days. The 16 mega-pixel camera on the G4 has no match in the smart phone/tablet world —a combination of the widest aperture (f/1.8) ever seen in a mobile device to let in more light, and an advanced sensor system and a full-featured manual mode for more advanced photographers. We’ll be featuring a full LG G4 review and an in-depth look at the photo magic the G4 can conjure up very soon. Stay tuned.

Find out more at LG Canada 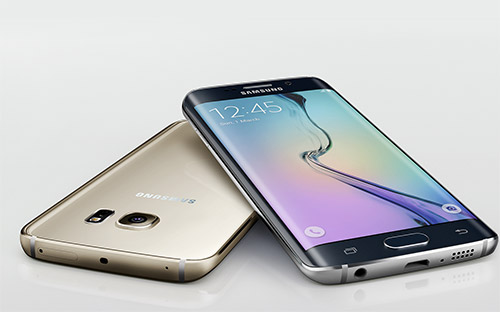 Fresh off the excitement of the LG G4 and its impressive camera, we tested the new Samsung Galaxy S6, the pinnacle of industry leader Samsung’s family of devices. First of all, from a design point of view, this is probably our favourite device out there; it oozed next-gen and high-end, sturdy quality in materials and workmanship, as Samsung moved away from plastic to metal and Gorilla glass for the S6. As for the phone itself, while the screen is not as large and colourful as the LG G4’s, it’s still gorgeous, and when it came to actually using it, the S6 seemed as fast and powerful as any device we’ve ever tested. A simply beautiful user experience, and despite its high price (and lack of removable battery) the S6 deserves to be the leading smart phone on the planet this year.

Its own new and improved camera is second only to that of the LG G4 (meaning it is incredibly good), and both leave that of the Apple iPhone in the dust. Previous Samsung Galaxy owners will be very happy with the latest step in the line’s evolution, and everyone else should definitely spend a little time with the S6 and see if they can bear to let it go.

Find out more at Samsung Canada 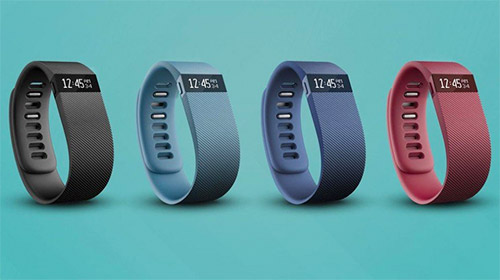 Ah, exercise. We all know we should be doing some, and most of us actually want to be doing some, but, well, life can get so complicated. It’s tough to find that extra bit of motivation. Enter the world of fitness trackers. A tracker can give you the bio-feedback you need to see how well (or poorly) you’re doing. Studies, and common sense, suggest that chances of success are significantly boosted by setting goals and having a system to regularly measure your progress. And in the end, thanks to modern technology, it can be a lot of fun. We’ve been active users and fans of the category for a few years, from the Nike Fuelband a few years ago, to advanced GPS watches (like the Tom Tom Runner Cardio). Our current favourite all-around devices come from the Fitbit lineup.

The Fitbit Charge is a light-weight wristband with a nice long battery life that comes in a few different colours and serves as a watch, an alarm clock (love this feature!) and displays ring alerts and caller ID for your nearby smart phone. And that’s without getting into the fitness tracking features. The FitBit Charge tracks how many steps you’ve taken, miles/kilometres you’ve covered, floors climbed and calories burned. To top it off, the Fitbit also tracks your sleep, letting you know how long you’ve slept and how well you’ve slept. The Fitbit syncs wirelessly with your smart phone or laptop/desktop, and from there you can enter the Fitbit Dashboard, a world of charts and additional visual tools to help keep you healthy and inspired. The Fitbit really does motivate you to move a little (or a lot) more, and it makes the whole process a little (or a lot) more fun.

Find out more at Fitbit

Of course, there is a lot more to love out there for back-to-school tech or anytime-of-the-year tech, so stay tuned as we continue to grow our coverage of all things tech. Is there anything you’d like to see reviewed, or included in future tech or gift guides? Let us know!