For this issue’s column we hand it over to superstar-in-the-making ZOEY DEUTCH who plays mean girl Emily Asher in Beautiful Creatures – to talk about how she dealt with her own mean girls in high school and the influence of her famous parents (her mom is Back To The Future’s Lea Thompson!) 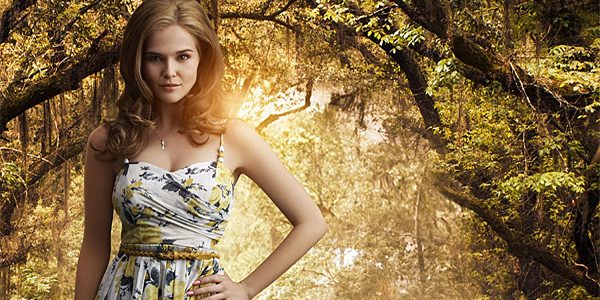 What attracted you to your role in BEAUTIFUL CREATURES?

I thought she seemed like such a fun character to play. I never in a million years imagined that I’d get the opportunity to play a part like Emily Asher.

Have you ever experienced someone like Emily Asher when you were in high school?

Of course! I feel like everyone has their own “Emily Asher.” It was great for me to get to say to myself that the people who were mean to me in middle school were there for a reason. Although after playing her, I had a certain sense of empathy for bullies. It became obvious to me that people aren’t mean without cause; that they are hurting inside too.

If you could go back in time, what would you tell your high school self?

To not stress as much.

What is the worst assumption that people make about you before getting to know you?

It’s none of my business what other people think of me. 🙂

Did having parents in the industry influence your love of acting?

I’m sure. But I have loved feeling and telling stories since the moment I could understand what those words meant.

Was it hard breaking into Hollywood? Were you compared to your mom a lot?

No, I never understood what “breaking into Hollywood” meant (laughs). Hollywood is a town. I live about 15 minutes away from it. Is it hard to get roles? Yes. Have I been compared to my mom?
Yes. But it’s a compliment. I love her with all my heart and I’m a huge fan of her acting.

What are three tips that you would give someone trying to break into the industry?

Work on your craft, stay humble and do what you love.

Favourite TV Couple: Jess and Nick on The New Girl

Song That Never, Ever Gets Old: “Michelle” by The Beatles

• She is no stranger to the Hollywood industry—Zoey’s dad is director Howard Deutch (Pretty in Pink, Some Kind of Wonderful).
• She has a double major in theatre and musical arts at the Los Angeles County High School for the Arts.
• Not only does Zoey act, but she loves dancing too. She’s been doing ballet, jazz, tap, modern and hip hop for almost her entire life.
• Like mother like daughter: Zoey and Lea both starred in Mayor Cupcake where Lea played her real-life mom! 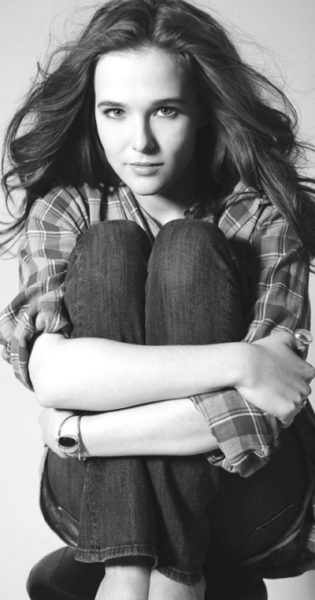