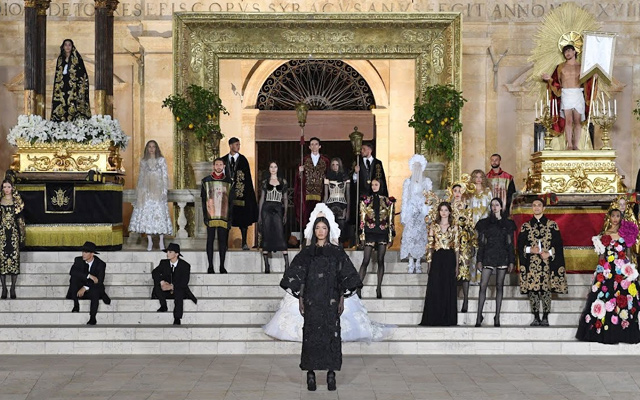 Ten years ago, Dolce & Gabbana created its own version of haute couture, an event they called Alta Moda. Still going strong, it’s designed to be an exclusive, tailored label, showcasing clothing that speaks of a way of life rather than momentary fashion.

Alta Moda showcases designs for the elite based on their specific tastes and personalities. It’s meant to pay tribute to the artists of Sicily. The designers recently finished their celebration, and as always, it was spectacular. Here are some of the unique aspects of this momentous celebration of Dolce & Gabbana’s Alta Moda.

Alta Moda is meant to be celebrated, and this year’s four-day event took place in Sicily and included a concert held in a Greek Theater built in the fifth-century BC. There was also a dinner with fireworks and a dance party.

Celebrities have always been a big part of these events, and Dolce & Gabbana always dress them in exquisite designs. The actors always wear bold and colorful clothing. 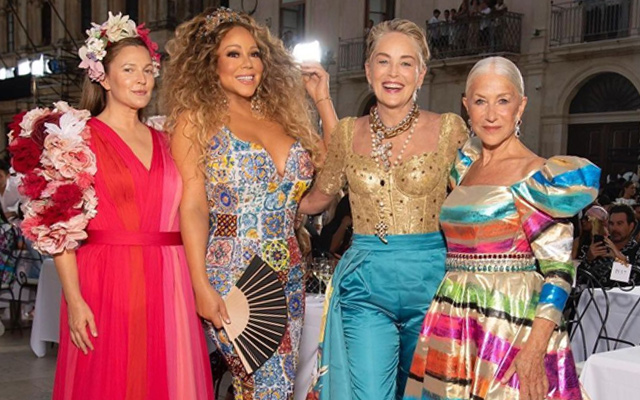 Singer and songwriter Mariah Carey, whose nickname is the Songbird Supreme, walked into the event with the designers. She wore a custom Dolce & Gabbana gown that resembled Sicilian tiles. The designers had hand-embroidered the dress with Swarovski crystals, and it was breathtaking. She also wore a jeweled tiara.

Sharon Stone has been in the public eye since starring opposite Arnold Schwarzenegger in the movie Total Recall. She has always shown a fondness for the big and bold in fashion, so it’s no surprise that she attended Alta Moda.

In one of her first appearances that weekend, she wore a white bustier and matching pants. She appeared in a more elegant outfit later, wearing silk pants with an attached train in the classic D&G colors and a gold bustier. Later that weekend, she wore a chartreuse silk-satin jumpsuit. A bra embellished with Swarovski crystals peeked out of one side of her top.

Dame Helen Mirren is a respected actress known for her flair for the dramatic. She is frequently seen at Dolce & Gabbana events, and she made a colorful appearance at the recent Alta Moda weekend.

She wore a stunning painted gown with puffed sleeves and a bejeweled waist. For Alta Sartoria, she wore a bright yellow gown with a painting of a Sicilian empress. She also wore a beautiful matching jeweled tiara. 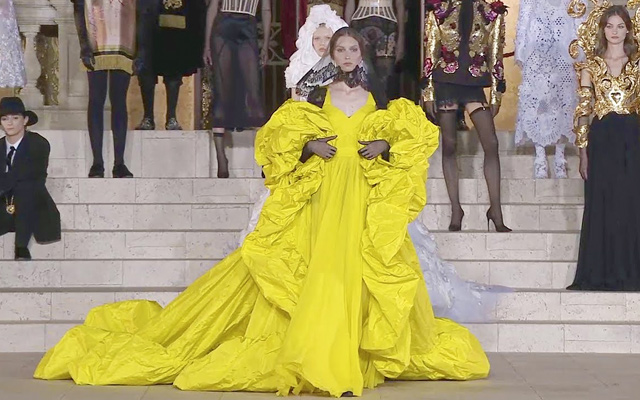 Elle Magazine has stated that designers Domenico Dolce and Stefano Gabbana never do anything by halves. The designers are known for honoring Sicilian women and including religious icons and huge ruffles in their designs. 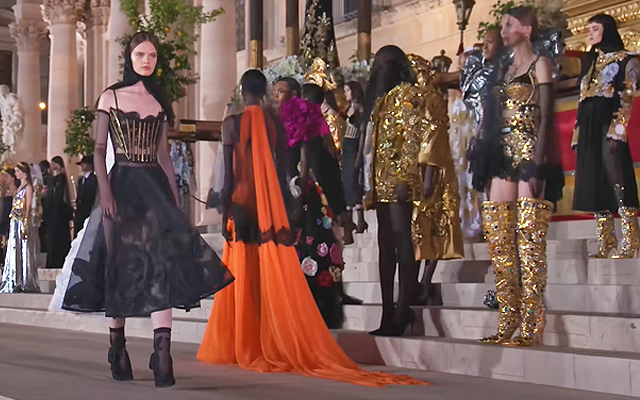 As the editors of Vogue have mentioned, even in the realm of haute couture, Alta Moda is unique in that those who wear these gorgeous creations are the protagonists in their own drama. The designs are bold and eye-catching. They’re always original.

It has been ten years of creative designs that continue to take one’s breath. Devoted fans of D&G designs can likely expect even more elaborate displays in the future.