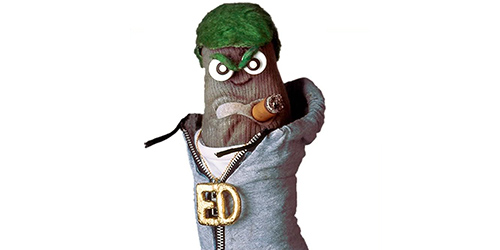 While viewers are accustomed to seeing the cigar-chomping, celebrity bashing footwear tee off on a number of issues; there truly is a sock for all occasions.

Ed spins videos, is the host of a late night talk show, and pops up on the dial wherever there is access. A movie deal is in the works and with apologies to Howard Stern, Ed really is the King of all-media. In an interview with Faze Magazine, Ed was in true rant and rave form – from the Backstreet Boys to Britney, no one was safe from Ed. 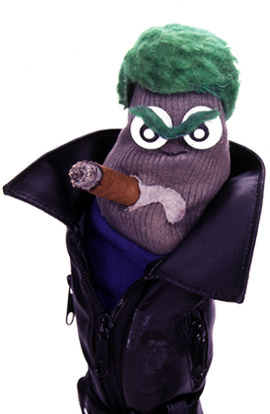 Ed the Sock began his rise to prominence on a local Toronto cable station. Originally a political journalist, Ed soon shifted his focus to television and entertainment. Ed had soon parlayed his unique brand of humour and commentary into a number of different roles. Whether you hear Ed spouting wisecracks on radio’s KISS 92.5, see him on Much Music or catch his late night talk show – he leaves an impression. From bikini contests to celebrity interviews, Ed has a knack for creating memorable moments. We haven’t seen footwear this popular since the arrival of the Air Jordan.

While Ed is known for his acerbic wit and often outlandish and controversial commentary, he believes in an Ed for all occasions. The Ed a viewer sees on Much is not the same as the racier Ed who graces the late night television scene. One might call this the appropriateness of Ed. Just as there is a certain side of ourselves that we present in different situations; in the classroom, at work, with our buddies, so too, is there an Ed. At 9:00 p.m., with a younger audience still glued to the television, Ed is obviously judicious in what information he presents. However, if you are invited to Ed’s late night party, the gloves come off and it is Ed– no holds barred.

Well almost no holds barred. Ed will not tolerate racism or any broad generalizations about women and none of his commentary is intended solely to shock, nor is driven by hate. Ed believes his views are in-line with those of much of his audience, perhaps ” … just a little more extreme”. Most of the time, Ed is trying to make a point – it’s just that sometimes he gets carried away. Like the time he proposed citizen’s executions for acts of idiocy – death by hockey blade. This is just Ed’s call for a little more common sense in our society. If you listen carefully, you will hear the ruminations of an intelligent man, er, sock.

Perhaps the fact most essential to Ed’s persona is that he belongs to no one. He does not cater to the whims of marketing executives, or the heads of television corporations. He does not try to sell you anything, his sole objective is to make you think. Thus, he is not confined to a role. Ed’s value comes from the fact that he is Ed, unEDited as it were. He is 3-D in a two dimensional world. We see him in good moods and bad. At his best and worst.

This is to say Ed is reality – that is why we both love and hate him. 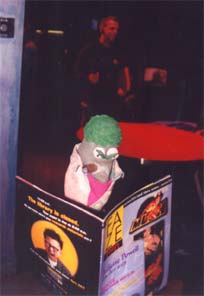 Ed The Sock likes smart women, long walks along the beach and losing himself in great magazines like Faze

So how does this pertain to you, the reader? It’s like this, life is not Ross and Rachel and the rest of the gang, smiling and joking over lattes all day with just enough time left to fix all their problems in half an hour. For most of us, life is not perfect. There are pimples, bad hair days, arguments with friends and failed assignments. Overall it’s good–but it’s far from perfect.

So what would Ed say?

Be who you are and accept others the same way. Pay attention to what you’re being fed by television and in music. Is it real? Does it have a message or does it exist simply to get your dollar. Also, examine yourself. Take a look at who and what is shaping your attitudes and values. Just because someone sings something in a song, it doesn’t mean you have to believe in it. Finally, be part of the solution, not the problem. It may be a cliché, but spending more time attempting to find out what is at the root of a problem, as opposed to just complaining about it, will get you a lot further in life. And oh yeah, stick it to the man!. 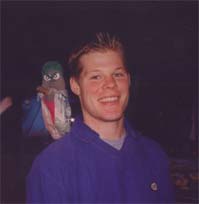 When our audience contacts us needing guidance with urgent dilemmas of etiquette, morality and relationships, it’s time to put a sock in it!
As in, Ed The Sock.

Faze Magazine would like to welcome Ed as he joins us as a regular columnist in the printed magazine, specifically, the shortest yet sauciest columnist in the world!
Look for the ASK ED column starting in the Winter Holidays 2001 Issue. 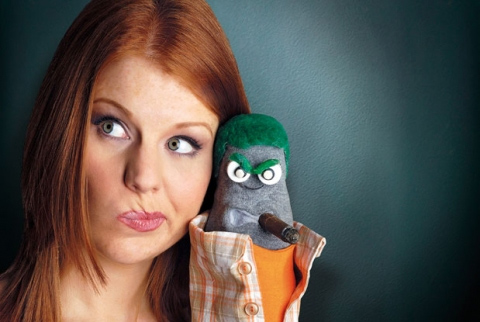