Some kids in my class have been accused of cheating on their final exam, and the principal is harassing us to come forth if we know anything. I know that my friend did cheat, and I don’t want to tell on him, but at the same time I want to protect myself in case the principal finds out that I knew all along. What do I do?!

This is a really important question. Think about what is the most important thing you want to achieve. If this is protecting yourself, consider how you can do this without telling on your friend, if that is the objective. Ideally, it’s up to your friend to come clean and admit his wrongdoing, rather than you being the one who does that for him. 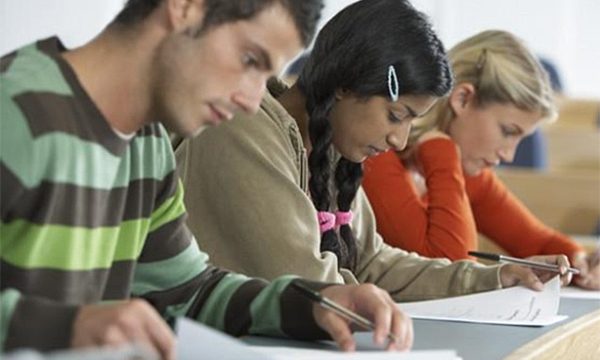 My father has been “going away for business” a lot. I can tell my parents haven’t been getting along, and I know something’s wrong. When I try talking to my mother about it, she says he’s just really busy at work and changes the subject. How can I get my mother to trust me enough to tell me what’s really happening to my family? Don’t I deserve to know?

As much as you feel you deserve to know what’s happening, parents often don’t feel comfortable including their children in discussions on some of the difficult aspects of their couple relationship. Clearly there is more going on than either parent is saying, but you also have to respect the fact that your parents’ relationship issues are their own. That doesn’t mean you can’t lend your support to both parents and ask questions of them. Just be prepared to respect the fact that they may not reveal everything to you.

After my friend’s father was killed in a car accident, she gave up on her religion. She used to pray and go to church every week, but since the accident she is always so angry and believes there is no God. I think if she started praying again she’d be able to move on and be a little happier. How can I prove to her that she shouldn’t turn her back on something she always believed in just because she’s going through such a hard time?

Everyone’s experience of grief is unique to them. Right now, it’s better to support your friend; trying to prove to her that she shouldn’t turn her back on God will likely cause her to stand her ground even more firmly. As time goes on, you may find gentle ways of reminding your friend about the power of prayer and a belief in God. Look for ways of offering support to her in other ways right now— and know that there will be opportunities for you to bring up the topic of religion when she is less angry. 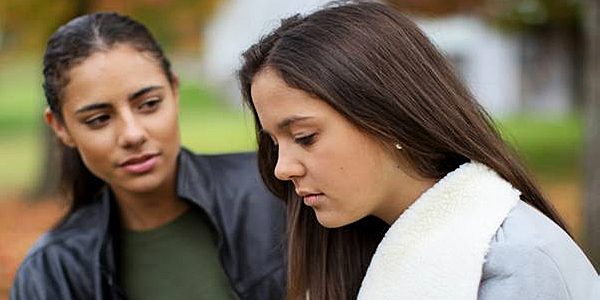 A bunch of us were at the movies, and my friend’s boyfriend kept sending me inappropriate text messages and asked me to meet him outside. I told him he was way out of line, and he now pretends like nothing ever happened. I feel like I should tell my friend what he did, but at the same time I don’t want to cause any trouble. Should I leave it alone?

Think about how you would feel if you were in your friend’s position. Would you want to know if your boyfriend was sending inappropriate text messages and wanting to “meet” with one of your friends in private? Based on your answer to that question, act accordingly. Chances are you aren’t going to ruin a relationship that already lacks commitment and loyalty by one of its members.