Jim White is having a hard time finding a job; high schools refuse to hire him as a football coach because he’s been known to abuse his players. The only job he can get is at McFarland High School, so he reluctantly accepts and drags his family to the small California town. Upon arrival, he discovers that a few students at McFarland High are exceptionally talented runners—working in the fields has given them the stamina they need to truly succeed at cross-country. Recognizing this, Jim signs them up for a cross-country meet which turns out to be an epic fail. So, Jim embarks on a mission to transform his ragtag group of runners into a top-notch cross-country team. All the while, he must learn to drop his prejudice and accept the Mexican culture that is so prevalent in the town of McFarland. Based on a true story, McFarland truly captures a piece of American history.

Suspense: Every race the McFarland Cougars run will have your heart beating fast! Will they win? 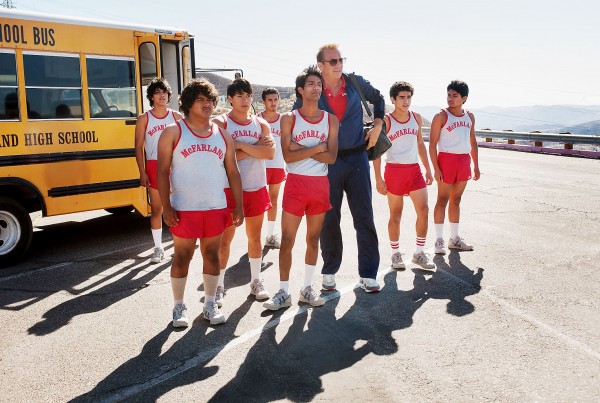 Faze got the chance to chat with two of the stars from McFarland, Ramiro Rodriguez (Danny Diaz) and Carlos Pratts (Thomas Valles).

If you had told Ramiro Rodriguez a year ago that he was going to star in a blockbuster movie, he wouldn’t have believed you. Heck, his own mother didn’t believe him when he told her he landed the role of Danny Diaz in Disney’s McFarland. “She thought I was going out there and partying and doing drugs,” he explains. “She didn’t believe me until she saw me on screen.” 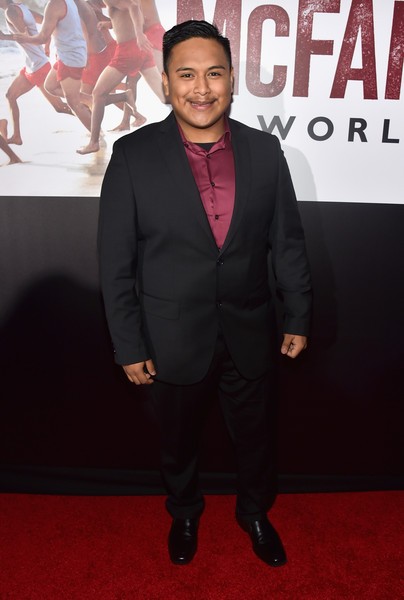 At first, Ramiro wasn’t even going to audition for the part. The only reason he attended the audition was because his cousin had a call back and needed a ride. “I refused to try out because I didn’t know what I was getting myself into,” he confesses. It was producer, Mario Iscovich, who convinced Ramiro to put his name in the hat. “I got lucky and they chose me.”

It’s understandable why they chose Ramiro to play the part of underdog Danny Diaz; he understands the part better than anyone. Just like Danny, Ramiro lives in McFarland, California, and works in the fields. “I’ve been working in the fields since the eighth grade,” he tells Faze. He can also relate to Danny’s weight insecurities. “I was always the kid who had a little weight,” Ramiro shares, “so I got picked on.” Having so much in common with his character made playing Danny a lot easier but that doesn’t mean Ramiro wasn’t nervous. “I threw up,” he admits, describing the time his nerves got the best of him during a scene. Poor Ramiro! He had nothing to be nervous about because he looks great on camera.

Unlike his co-star Ramiro, Carlos Pratts and his character, Thomas Valles, are very different people. For example, to support 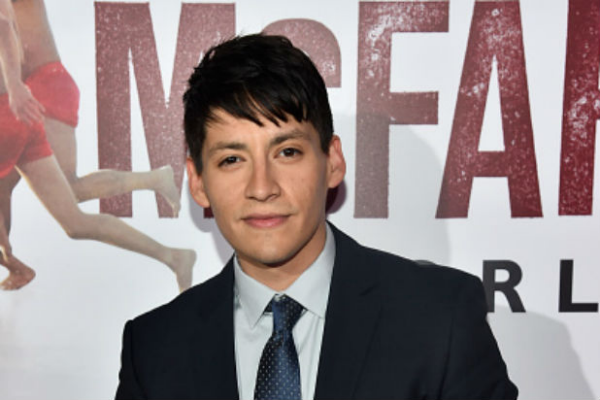 his budding acting career, Carlos handed out free movie tickets and waited tables, a stark difference to working in the fields. But they do have one thing in common; they’ve both encountered teachers who’ve made a huge difference in their lives. In McFarland, cross-country coach, Jim White, changes the course of Thomas’ life when he introduces him to running. Similarly, Carlos’ life was changed by his teacher, Mr. Wood. “He’s the one who introduced me to acting,” Carlos says. Unfortunately, Mr. Wood passed away two years ago, but his message that “anything’s possible” continues to be passed on by Carlos. “I want kids to see that anything is possible, and I want adults to see that anything is possible for a child, given the right opportunities,” he enthuses. It’s a message that is prevalent throughout the film, McFarland. Mr. Wood would be proud.

Check out the official movie trailer for McFarland below and be sure to snatch a copy on DVD on June 2, 2015.