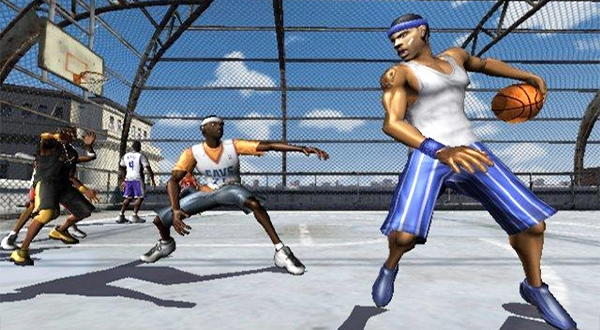 Have you ever been deep into a video game when all of a sudden you see a character you know from somewhere else? Or heard a voice you recognized as one of your favourite singers or stars? Well, it very well could have been.

Today’s hottest celebrity trend is to make a virtual appearance on the gaming scene. What could be more entertaining than unlocking Fred Durst in Smackdown, or Spiderman (fully equipped with Spidey-web) in Tony Hawk’s Pro Skater?

Some celebs are happy lending their voice to a fictional foe or diva like in Kingdom Hearts, a role-playing game developed by Squaresoft. It pits good against evil with showdowns between defenders of justice like Donald, Goofy, Aladdin and Tarzan and the baddies like Jaffar and Captain Hook. But keep your ears open because you’ll hear some familiar voices including Haley Joel Osment (The Sixth Sense), Sean Astin (Lord of the Rings), David Gallagher (Seventh Heaven), Mandy Moore (The Princess Diaries) and Lance Bass from NSYNC.

Other celebs have even come out with their own video games like Wu-Tang: Shaolin Style. In reality, the members of the Wu-Tang Clan don’t know any Kung Fu but their “Shaolin style,” can be found in their lyrically sharp hip-hop rhymes. There’s also the classic arcade game Revolution X staring Aerosmith. And if you’ve ever played any of the Quake series, you probably noticed the ammo boxes have the NIN logo on them. That’s because Trent Reznor of Nine Inch Nails played a part in the production of the game, including the soundtrack. 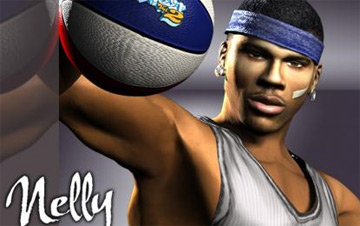 While some celebs may get a kick out of a cameo here and there, Nelly (a huge street ball fanatic) does more than just heat up the court in NBA Street Volume 2, (Electronic Arts’ latest creation, which allows you to throw on your kicks and hit the court in a big-air arcade-action street ball game). Nelly uses the virtual world and his love of the game to try to be the good guy in reality. Recently, in Jefferson City, Missouri, Nelly made a deal with the students of Jefferson High School. He agreed to play a charity basketball game or perform a show at the school if students improved their standardized test scores and if the drop out rate decreased.

“We [do] it because of our experiences—seeing large percentages of the classes we entered freshman year, not being there to graduate,” Nelly told the Jefferson City News Tribune. “The year I went in, there were almost 400 freshman. The year I graduated, we had 199.”

Once you get into NBA Street Volume 2 it may seem all fun and games but Nelly has other things on his mind: “We’ve all graduated,” he adds, “So, if you want to do what we’ve done, then walk the way we walk.”