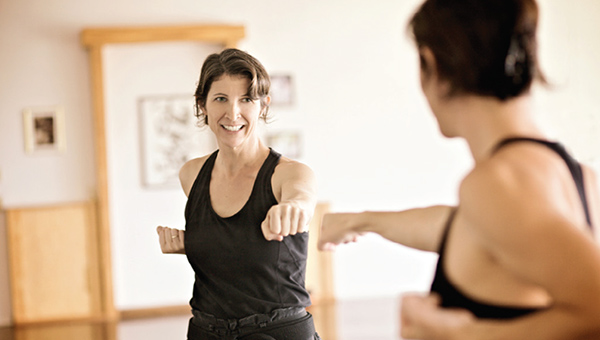 Our culture trades in fear. It’s in the movies, the daily news and you’re constantly hearing stories about things that happened to a friend of a friend. It can be shocking, frightening and definitely overwhelming.

You want to be safe. But not a bubble-wrapped, helmet-wearing, nail-biting, paranoid-girl. Right? So how do you avoid being overtaken by fear and missing the fun all around you?

We came up with three different, real-life situations. With each possible scenario, our interns gave us a fear response—whatever first came to mind as what could go terribly wrong—whether realistic or not. Then, we reached out to self-defence expert and author Susan Schorn for the best advice on how to prepare, both physically and mentally.

Scenario: Day trip with a friend in a foreign country
Fear: Getting abducted

How to prepare physically:
“I want to stress for the abduction scenario, one of the things that I’ve trained on is how to resist being put into a car. As it turns out, it’s a lot harder than you would think to get somebody into a car if they don’t want to go. The doorways are small, so if you brace your hands and feet on the car, it doesn’t really matter if somebody is pushing or pulling on you, you can effectively resist them.

“And of course, in any situation like that, no matter what the person is trying to do to you, the key thing to remember—physical skills wise—is this: use your voice. Make a lot of noise, so it’s clear that you don’t like what’s happening. And in most cultures the word no is understood, even if it’s not the way that they say it.”

How to prepare mentally:
“We often fixate on these movie-esque scenarios without putting a lot of thought into what might be the risk factors for the abductors. Maybe it’s a hostage-taking situation in which case you probably would be in a country where your government told you not to go. Those risk factors are pretty rare.

Before you go on your trip you need to educate yourself on the cultural differences, how women are perceived there, how they’re expected to dress and the potential risks. If this is a place where there have been crimes like that there will be information about it. You would be able to figure out what sorts of places to avoid.

“Learn to be observant. Use your eyes and ears to really pay attention to what people do. Not just how they’re dressed or what they’re saying to you, but what they’re physically doing. Are they saying they’re going to leave you alone and yet they continue to follow you? How are their actions adding up? That’s where you’re going to see things that indicate risks. I stress that women should trust their instincts, and this is a good thing to remember even when you’re travelling. You may not know the language, you may not want to offend any norms in the culture that you’re in. But you don’t have to betray your safety for the sake of politeness.”

How to prepare physically:
“Project confidence by keeping your head and your eyes up, looking around you and noticing things as you go. If you feel somebody is following you, don’t feel the need to be polite. Stop and turn around. If they just happen to be there, they’ll just go around you. Whereas if they’re following you hoping that you don’t notice, this puts them in a position where they have to either stop or make some declaration as to why they’re there.

“We counsel people to walk like a queen or like a boss. I also caution people to be thoughtful about when and where they use ear buds while they’re listening to music. It makes it difficult to hear all kinds of things: traffic, trains, maybe a dog that’s chasing you or other people. They just make you a little bit less aware of your environment.”

How to prepare mentally:
“If you’re walking home from school and you take the same route every day or similar route, find the safe places along that route. So if you have a problem on a certain street, what nearby house or business can you run to? Or who could you call? Who would be nearby to come to help you? Or could you double back and change directions?” 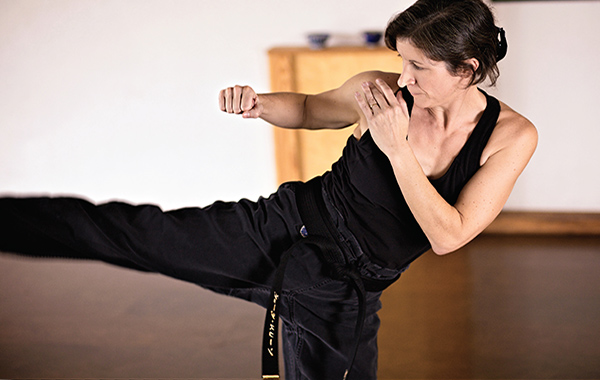 Scenario: Out for a night with the girls
Fear: Dealing with someone who doesn’t understand “no”

How to prepare physically:
“To set a physical boundary, you want to square up to the person. Make sure that your shoulders are square to them. You can put up the “invisible wall”; put your hands up and your palms out. You want to make direct eye contact and you don’t want to smile—that turns into mixed signals. Say something very specific: stop, don’t talk to me that way, I don’t want to talk to you anymore, or I want you to go away. A very clear, direct, command that is not disputable. Setting that boundary when the behaviour is problematic is a really good first step. It’ll stop most boundary problems right at the beginning.”

How to prepare mentally:
“If you’re going out with a group of friends, set ground rules beforehand. If someone’s going to leave the group and go off with somebody else, she should tell you who she’s with, where she’s going and when she’s going to meet you next. That way you have a safety net for each other. It’s also good to set up a code word or phrase to indicate you need help. In other words, if you’re in a conversation with a guy who’s really bothering you, and you want to get out of the situation you can say or text your friend, “Hey, you know what. You wanted me to remind you of that meeting tomorrow.” And then you’re friend should say, “Oh yeah, right thanks. And you know what, we have to go now. Let’s go.”

We ask:
What do young women have the toughest time learning about in self-defence?
Susan says:

“What I see women struggle the most with is just thinking about themselves as someone who is worth defending and capable of defending themselves. Notice how many of these scenarios that the interns came up with were about getting whisked away by some mysterious power far greater than them. The truth is that those situations are very unlikely.”

“A lot of self-defence is instinctive. We’re very powerful physically in ways that we don’t appreciate because we’re not taught to use our bodies the way that men are. We have a lot of intellectual capacity that will help you to thinking your way out of a situation. All of those things make it more likely that you can avoid a bad outcome.” 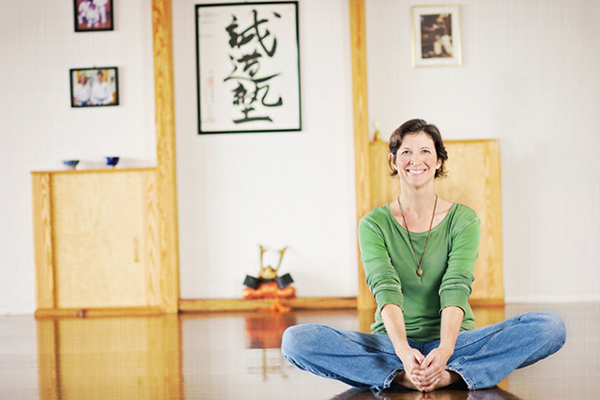 Susan Schorn, a second-degree black belt and self-defence instructor from Austin, Texas, is the author of Smile at Strangers and Other Lessons in the Art of Living Fearlessly and blogs at SusanSchorn.com/Fight the Bastards. Her daughter Lilly is a green belt in Seido Karate, her son Dave is a black belt in Pyon Moo Do, and her husband Scott feels very well-protected. 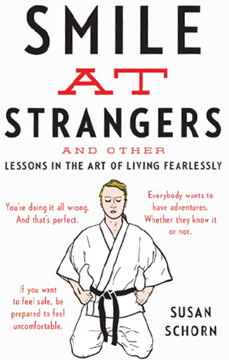