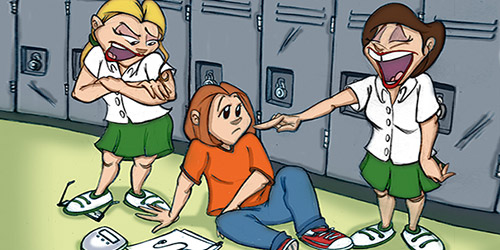 Jason Lang, a 17-year-old student from Taber, Alberta, was “everybody’s best punching bag,” until he was gunned down by a bully.

Perhaps Reena Virk, the 14 year old from Victoria, B.C., was “too brown in a predominantly white society,” so she was attacked, brutalized and beaten unconscious, and left to drown by 7 of her schoolmates.

All Dawn-Marie Wesley wanted were the taunts and threats to stop. She was terrified of the “toughest girls” in school and felt suicide was her only escape – and said so, on her suicide note before she hung herself with a dog leash. In a historic, precedent-setting case, one of the ‘toughest girls’ has since been convicted of criminal harassment or bullying.

The Montreal based punk-pop group, Simple Plan, best known for their mega-hit, “I’m Just a Kid,” had a lot to say on the topic. Lead guitarist, Jeff Stinco, remembers when he was bullied, “To get home from school I had to go through a rough neighbourhood and sometimes I got pushed or made fun of because I was such a small guy.” Stinco eventually realized that the bullies were probably just frustrated with their own lives.

Bassist, Sebastien Lefebvre believes, “it’s really the bully who is the loser because he thinks he needs to do stuff like that to bring himself up.” Lefebvre feels that bullies get off on the power it gives them, that is, feeling they have power over someone else.
According to Professor Dan Olweus, a bully researcher and specialist at the Canadian Health Networks, individuals who tend to be, “stronger, more aggressive, bolder and more confident than average, typically bullies other students who are weaker, timid and who tend not to retaliate or act in an assertive manner.” It creates a power imbalance, which gives the bully more satisfaction as they ascertain power over the victim.

BullyOnline, a website on bullying, states that, “Reasons for being picked on include being fat, thin, tall, short, hair or skin colour, being quiet, wearing glasses, having big ears, small ears, sticky-out ears, crooked teeth, being from a different culture, having different likes or dislikes, the ‘wrong’ clothes, unwillingness to use strength to defend him or herself, or any perceived or fabricated ‘excuse’.” More importantly, the site goes on to state that, “The target is simply a useful object onto whom the bully can displace his or her aggression. In other words, if someone is picked on because they are allegedly ‘fat,’ then losing weight will make no difference; the bully simply invents another justification.”

So, forget about trying to ‘fix’ whatever the bully thinks is supposedly wrong with you. Get help. “You’ve got to stop caring about what people think about what you look like or your image. Don’t get caught up in how ‘uncool’ it might seem, just talk to someone about it,” says Chuck Comeau, Simple Plan’s drummer. “You’ve got to go out and find someone you trust, a friend, a parent, just someone you can talk to because that could be the difference between suicide and staying alive,” Comeau says. He feels that no one should have to burden something like this alone. 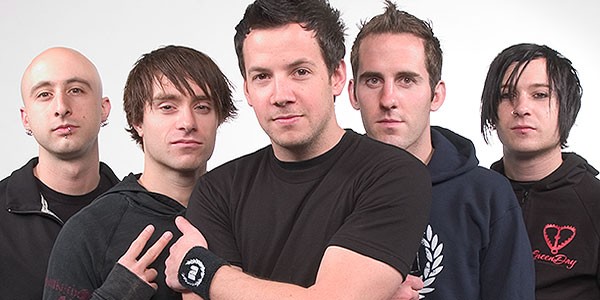 Often people who are bullied are quiet or shy and aren’t willing to defend or stand up for themselves and will need someone else to intervene. So, “If you’re a ‘popular’ person then you’re also a person of power in high school and you should do something. Maybe talk to the bully and let them know it’s not cool,” states Pierre Bouvier the lead singer.

“When you see something like that (bullying) happening you feel kind of weird inside, you know something’s not cool here,”

Comeau adds, “Something is wrong and you have to make a choice to either do something or watch it happen.”

Lefebvre recalls, “I saw someone being bullied and went up to him and told him to come hang out with us. That was the end of his being bullied days.” Sometimes all it takes is for an outsider to step in.

Bullies are very often people who have been bullied or abused themselves and are experiencing life situations they cannot cope with, and this leaves them feeling helpless and out of control. They may have poor social skills, have problems fitting in and probably cannot meet the expectations of their family or school. They bully to feel competent, successful, to control someone else, to get some relief from their own feelings of powerlessness.

That’s why Jeff Stinco says that, “I don’t think people should be put in jail for bullying. They should be getting some kind of assistance, some psychological help,” and continues to say, “The bully who caused [Dawn-Marie Wesley] to hang herself probably never thought things would go that far.”

However, bassist David Desrousiers disagrees, “Yeah. I think bullying should be a criminal offence ’cause it’s just not cool to be a bully.” 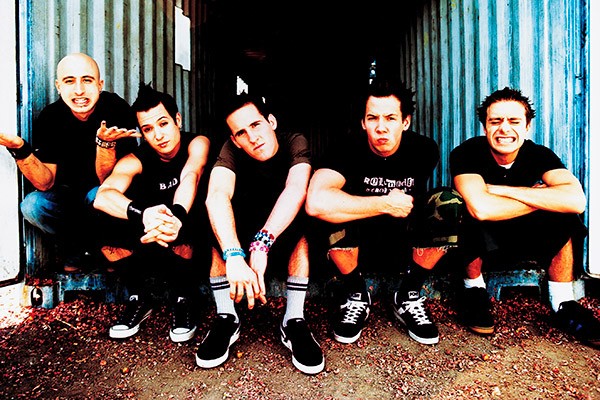 If you have been bullied or seek help, check out some of these sites:

One thought on “Simple Plan: Let’s Put An End To Bullying”