In 1992, Antoine Sicotte and James Renald met and began a collaboration that would rack up achievements such as the double-platinum status of Piece of Paradise and Best New Group Award at the Junos. Antoine and James invested not only time, but a rare combination of talent and passion for music into their work. So, to the fans and the external public, perhaps their break up came as a surprise and may have even seemed untimely, as their success culminated and exploded in the music scene. Why would a group forsake such a good thing? 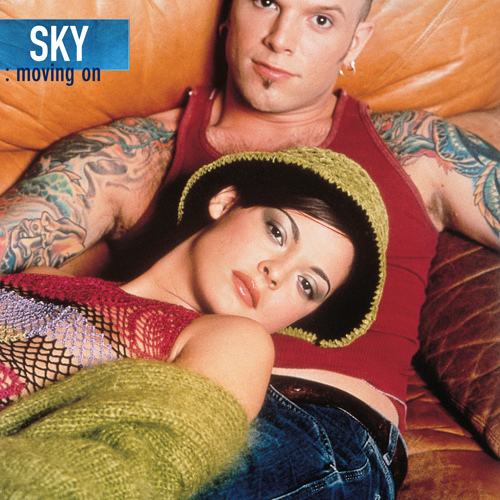 American expatriate writer Henry James once noted that, “The whole of anything is never told.” And as with most things in life, there is an undercurrent or a subplot of which most people are not aware. Yet Antoine sheds light on the surprising event by, ironically, alluding to his own lack of surprise at the break up.

Like in any relationship one values, there is always the hope that some catalyst will instigate a change of some sort and happiness can be had once again. But Antoine knows the golden rule: you can’t change people. Antoine recalls, “I always kept the choice open for him and I was never ready to say: No James, don’t leave, we’ve got this great thing going.”

It’s hard to attain this kind of wisdom when many of your self-interests are at stake, but for Antoine, his realistic view was an asset to understanding and accepting this change. His attitude towards James was one of sympathy rather than resentment. “You’re miserable in this. Every time you’re unhappy, it makes me unhappy.” 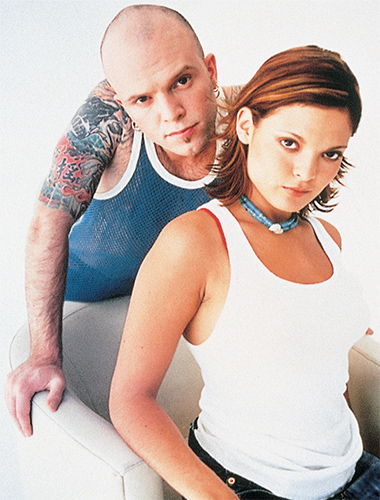 Surely a more bitter and spiteful break up would have been more dramatic fodder for media coverage, but just like personal relationships, not all creative ones have to end in a ball of smoke and harsh words.

However, let it not be forgotten that splitting up is a process. It can be quite methodical despite all the emotions involved. So the next step after the initial “incident” is picking up the pieces and assembling something again when you feel like you have nothing.

For many, tearing up pictures, fabricating voodoo dolls, or resorting to boxes of tear-drenched Kleenex is the next step, however counter-productive it may be. But Antoine took the introspective route, offering some incredible insight as to how to put the pieces together, without falling into that destructive trap that can curb the creative flow.

“First of all, like after any relationship, you have to do a little bit of work on yourself before getting involved in any other things. So for five to six months, I did a lot of writing by myself just to see where my head was at, analyzed what had just happened, and thought about where I wanted to go from there.”

And enter stage left, Anastasia. A pretty, talented artist with dreamy vocals surfaced at the right time, at the right place. Although Antoine was not looking to fill James’ shoes, he was looking to continue creating music with a self-proclaimed work-a-holic passion. Antoine and Anastasia had known each other for more than 10 years (they dated while they were teenagers!) but she had traveled for many years and was doing her own work with a band, writing and singing.

They had bumped into each other occasionally as Sky was rocketing upward and now, again, they were face to face. Suddenly, it was a window of opportunity for them both. To Antoine it almost seemed like a charismatic force of destiny. “How come I’m seeing this girl now, when everything’s happening?” As one door closed, another one opened and on the other side was the new Sky.

Antoine had no idea if musically they would gel, but he knew that their commonalties would provide a good chemistry.
But now, at this part of the process, the pressure builds. The memory of a past relationship could pose several obstacles. Will this new relationship be just as good? Will it be better?

Anastasia is not intimidated though. The past success of Sky is not something that preoccupies her mind incessantly. “I’m not trying to think like someone else, or write like someone else. I’m just doing what I can as a performer/singer/songwriter… all I’m trying to do is give my one hundred percent, the best that I can give and hopefully the fans of Sky, and other fans, will enjoy it and appreciate it.” 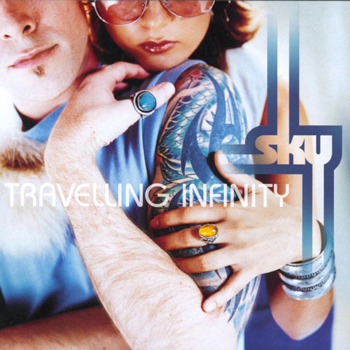 Sky is not limiting itself to a particular sound either. This new collaboration between Antoine and Anastasia has been a creative outlet for the both of them. Their endeavour has been to incorporate many different musical genres into their sound, ranging from dance beats to a latino flavour on their album, Travelling Infinity. This is a kind of freedom Antoine feels he may not have had before. He also feels Anastasia’s vocals add a different dimension to the music that create a different chemistry.

Even with a new sound and a new partner, Antoine still has a positive outlook in retrospect. He has no qualms about playing his old material and he feels just as strongly about it now as when he created it. “That was child number one, and this is child number two,” he comments on his music. That is a pretty good analogy considering that in real life, a parent doesn’t stop loving their children after a divorce. And for Antoine, art is life, so the parallels he draws come straight from his musical passion.

Despite this new partnership, it is not to say Anastasia and Antoine don’t have their disagreements. Anastasia smiles slyly as she refers to her ability to “vocalize” when she’s angry. She then laughs and looks over knowingly at Antoine and it’s quite obvious that their fights may be explosive but they are not huge obstacles.

Anastasia points out one of the relationship’s strengths: “When we disagree, we agree to disagree.” And they consider themselves lucky because the lines of communication are always open…even after the initial explosion. Antoine observes, “Some people just keep all this frustration inside…with us, after five minutes, we’ll be like: ok, what’s up with that?” This is not surprising though, considering the expressive, lyrical nature of their profession.

But neither Antoine nor Anastasia have any regrets. In fact, they are a prime example of how life goes on. And it really does.

Relationships may end, but the natural tendency is for something new to pop up when you least expect it. And it may be something great. But if your eyes are welled up with tears, you may not be able to see it.

“It’s bad that James left, but now he’s happy, and now I’m much happier also because I have a partner to enjoy all these great moments with.” 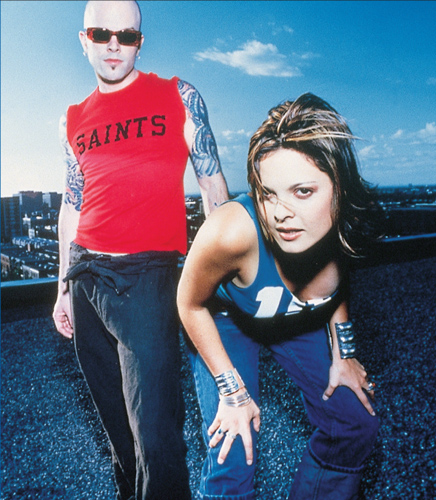