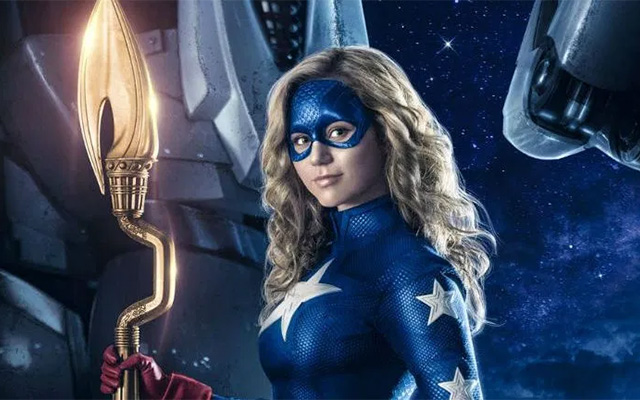 Superheroes have taken a dark turn lately into brooding and serious issues. Take, for example, Batman, who still has issues with the loss of his parents, or Arrow, who always seems to be angry about something. Not only are the characters themselves dark, but they deal with extremely dark situations.

Geoff Johns, creator of Stargirl, envisioned his superhero Stargirl as the opposite of dark and brooding in many ways. She is plucky and generally does not let the issues she faces bring her into the depths of despair afflicting so many other modern superheroes. This is not to say she doesn’t encounter some of the complex issues that face many of America’s teens today. It is just that Stargirl does not allow these issues to darken her perspective.

Here are some issues she faces in the first season.

In the first episode of Stargirl, she faces a situation where one of her classmates is being bullied. She demonstrates her character by confronting the bully. Unfortunately, this ends in detention for her but ultimately shows that bullying is one of the more negative things so prevalent in today’s school system.

Shaming has become a serious issue in society. It is one of the issues that Stargirl faces with Yolanda, who later becomes Wildcat. Yolanda sends her boyfriend a private text containing a photo of her chest. One of the classic mean girl types gets a hold of it and sends it to the entire school.

Yolanda’s classmates instantly ostracize her for being what they view as a slut. Even her parents shame her behavior. Unfortunately, situations like this are all too common today.

Stargirl reacts by speaking with the bully who stole the photo. She mentions how slut-shaming sets the women’s movement back.

Neither bullying or shaming happen to Stargirl herself. This is not to say she doesn’t have her problems. Early on in the storyline, you learn that her father abandoned her on Christmas. In Season One, Episode 11, the show confirms that Stargirl’s father was, in fact, a grifter and a generally bad person, and not Starman as she originally thought.

To demonstrate just how intense such abandonment can be for the child, Stargirl involuntarily loses her powers for a short time. When a parent leaves the family, it is devastating to children, but it happens all too often. The show tackles this issue head-on, demonstrating not only how resilient Stargirl is but also giving children from broken homes something to which they can relate.

Getting used to step-parents is another situation that many teens are faced with. Sometimes they harbor resentment towards the new family member. At the beginning of Season One, Stargirl reacts badly to her new stepfather. Eventually, however, she gets over it when she takes the time to bond with him.

Stargirl tackles all of these issues not necessarily with ease but also with courage and realism. Although the show sometimes goes overboard, having a superhero deal with common social issues that ordinary teens face makes it a lot more relatable. Proof of that comes with the series’ growing popularity among audiences of not just teens but all ages.