Over 81 British students from 15 universities set a world record for the number of nude people riding a roller coaster. The students, who bared all, spent a total of one minute and fifty seconds being whipped around on the south of London. So, where did they put their ticket stubs?

All In Your Head 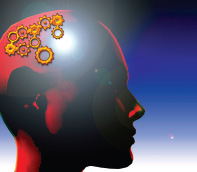 Scientists have discovered that the brain’s centre of reasoning is among the last areas to mature, thus helping to explain why some of your fellow teens seem so unreasonable at times. A team at the US National Institute of Mental Health has concluded that higher order brain areas responsible for don’t fully develop until young adulthood. The study also discovered that a second wave of gray matter overproduces just before you hit puberty, followed by a ‘use-it-or-lose-it’ pruning in the teen years.

A World Fit for Children

Two teen girls addressed the United Nations General Assembly outlining their cause to free children from poverty, war and disease. Gabriela Azurdy Arrieta, a 13-year-old from Bolivia and her friend said they wanted a world fit for children, because a world fit for them is a world fit for everyone. The teens addressed an impressive array of senior officials from and 300 other young delegates at the UN summit on children. The summit set targets for reducingNG child poverty, disease and illiteracy.

Almost two years ago Blue Springs, Missouri (population: 48,080), received $273,000 in grants from the Youth Outreach Unit to fight the town’s Goth culture! However, almost half of the grant was returned this year due to lack of interest — and the absence of a real problem. Most of the money was earmarked for therapy, assessment and cause management including town meetings to discuss the issue. Even the town meetings did not happen as halfway through the project attention shifted from Goths to negative influences teens face today. Blue Springs returned almost half of the grant after finding that “Those kids have every right to be there,” said Allyce Ford, project manager. Assistant City Administrator Eric Johnson said despite the change in focus, the project helped dispel myths and stereotypes associated with the Goth culture.

Splash Away an Alligator Attack

Malcolm Locke fought a seven-foot alligator when it attacked him while swimming in a Florida lake. The alligator grabbed 12-year-old Malcolm’s head, wrapped its tail around his stomach and dragged him underwater. He was able to save himself by punching the alligator. “It was just a reflex,” Malcolm said. Luckily his injuries were not life threatening although he now has SIX staples in his head and a chunk of his ear is missing. Joy Hill, a spokesperson for the Florida Fish and Wildlife Conservation Commission said, “Malcolm did the right thing. He FOUGHT the alligator and it let him go.” Officials say the best thing to do when confronted by an alligator is to SPLASH AROUND and make noise to drive it away.

Compiled and summaries by Surya Bhattacharya and Jennifer Miconi