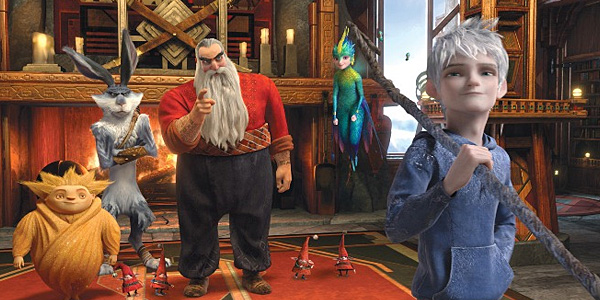 In high school math David James doodled on his notebook during class, nobody paid him much attention. While his math skills will never land him a plumb job in the banking world, his drawing ability has earned him the title of Art Director in arguably the world’s most prestigious animation studio.

The Glendale California ‘campus’ that houses Dreamwork’s Animation, looks more like a Mexican villa than a place of work. Fountains jet water, and the atmosphere is calm and friendly. At lunchtime employees of the studio, founded by Steven Spielberg, Jeffrey Katzenberg, and David Geffen discuss their latest project during their midday breaks. The scene betrays what really goes on inside the studio.

Feature length animation is being made here. Make no mistake about it – this is big business. Each film takes approximately three years to make at a cost of between 60 and 100 million US dollars. You’ve probably seen some of them. Dreamworks has produced animated films such as Antz, Shrek and The Road to El Dorado. Recently, Fox’s Ice Age took in more than $US 46 million in its first weekend in theatres alone. Animated features regularly gross between 100 and 200 million at the box office. 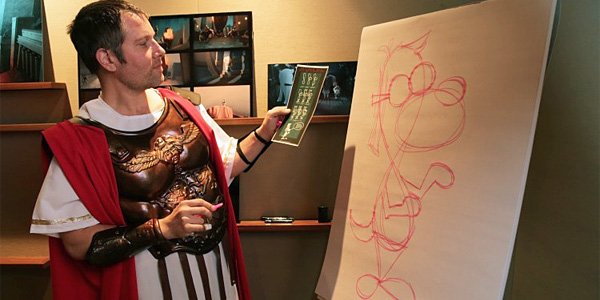 David says he broke into the business thanks to, “a combination of dogged refusal to take no for an answer and blind luck.” But that hardly describes the thousands of hours of drawing he did to hone his current skills. After college, David packed up and drove to Hollywood, where he knew he would be able to ply his trade.

David caught the attention of creative executives at Columbia Tristar/Sony and started working in children’s TV animation. Then Dreamworks came knocking. There he has worked on Road to El Dorado, Sinbad and ‘Spirit’ which is now in theatres.

“There is great appeal in working on feature animation,” says David, “You are given time to truly get into a project. Three years to develop the design from concept through execution. You are purely working in the world of the imagination.”

According to him, many young drawers hide their skills fearing that other young people will not relate to the things they do. After all, it’s not like being the captain of the football team.

At Dreamworks David has found the perfect environment to use his creative talents. But the studio has its needs, as well. That’s why David and his team meet regularly with Hollywood mogul Jeffrey Katzenberg to discuss the project and its progress. “Jeffrey is a consummate professional and does an excellent job of balancing the needs of the studio while giving animators the creative license they need to produce great work.”

To young artists and aspiring animators David says, “There is opportunity cost to everything. Even if you are genius be prepared to work for twenty years to make people realize it.”