Tim Deegan, MuchMusic’s new VJ tells us what tick him off, starting with posers, pessimists and people who are all talk
(the 3 Ps of Pet Peeves?) 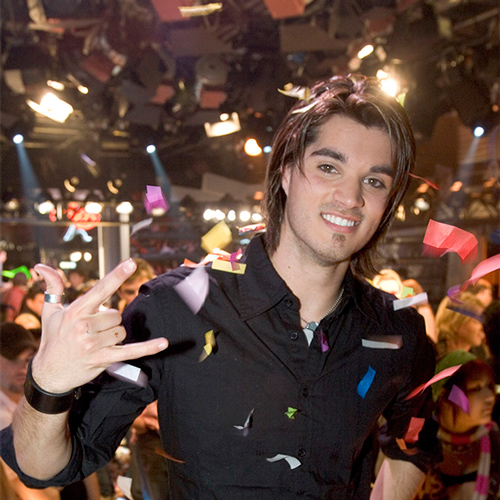 One of the things that really bothers me is the way people follow trends just to be cool. I mean, what is “cool” anyway? I think everyone should just be themselves, and not feel the need to act or dress a certain way just because they see it on television or in a magazine. That’s one of the reasons I’m excited to work at MuchMusic: it’s a station that really advocates media literacy and wants young viewers to think critically about what they’re watching. Being open-minded, aware, and true to yourself is the only real “cool” as far as I’m concerned.

Another thing I really can’t stand is the way some people dwell on the negative aspects of a situation. They find it easier to focus on the negative, rather than look on the bright side. I don’t understand it; do they enjoy all that negativity?

When I get around really pessimistic people, I begin to wonder if they dream anymore. I wonder if they ever look at a bad situation and imagine ways that they can turn it around for the better. I guess for some people it is easier to write something off and move on than it is to fix it and make it better. I believe that if you’re unhappy with your current circumstances, you should think of ways to make things better, rather than sit back and complain. I just think that people really need to be more positive and look for the good in the world. Those who want to focus on the negative need to be reminded of how much worse things could be and of how fortunate they are for what they have.

Finally, a lot of people talk about how they want to do something great or have an impact on society in a huge way, but they do nothing about it. The world needs to start acting. Less talk, more action. As I’ve said, I’m not into trends myself, but I appreciate a thoughtful trend. If you’re going to be trendy, why not start your own— like one that actually helps others by encouraging and inspiring them.

And there’s more from Tim Deegan!

Most annoying phrase:
I have two “bitches” and “fabulous”. I guess they’re not so much phrases as they are words, but they are so overdone!