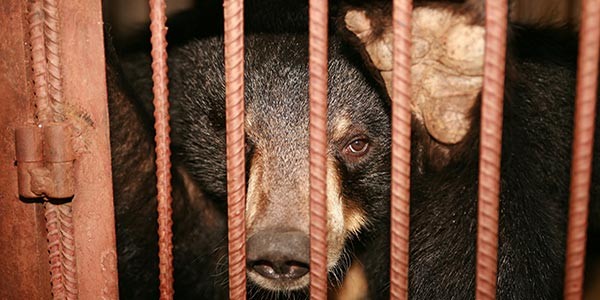 In a tiny iron cage, too small to allow him to stand up or lie down, a young Asiatic black bear is huddled in agony. His stomach is permanently oozing thick, yellow bile from an open wound.

Twice a day, a metal tube will be forcibly inserted through the wound into his gall bladder and he will be systematically ‘milked’ of his bile, which will be used in Traditional Chinese Medicine (TCM), cosmetics, wine and even shampoo.

To prevent him lashing out at his torturers, he is forcibly restrained in a crude iron body harness or squeezed into a very small cage. And he’s not the only one. In bear farms across China, thousands of bears are kept in such unspeakable conditions where they are condemned to between five and ten years of torment before their bile dries up and they are simply abandoned, left to die alone of starvation or disease. 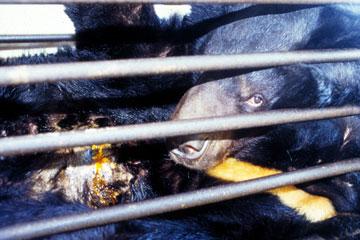 For the past 3,000 years, TCM has prescribed derivatives of bear gall bile for medicinal purposes. Bear bile contains an active constituent which on ingestion is believed to reduce fever and inflammation, protect the liver, improve eyesight and break down gallstones.

There are now officially 247 bear farms across China, housing an estimated total of 7,002 bears. While TCM utilizes a total of 500 kg of bear bile every year, over 7,000 kg is now being produced, with the majority feeding a demand for products such as wines, tonics and eye drops. 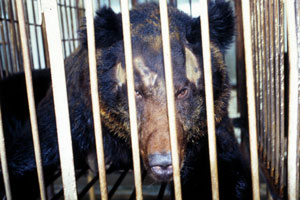 During 1999 and 2000, the World Society for the Protection of Animals (WSPA) conducted one of the most comprehensive inspections of Chinese bear farms undertaken.

WSPA investigators found that conditions represent the worst examples of factory farming. At every farm, bears could be seen with wounds or scars to the face, head, paws and back because of the friction caused by containment.

These practices are not only cruel they are pointless. Chinese practitioners state that there are at least 75 herbal alternatives that can replace the use of bear bile, however, the Chinese government still refuses to put an end to the suffering and ban bear bile farms for good. 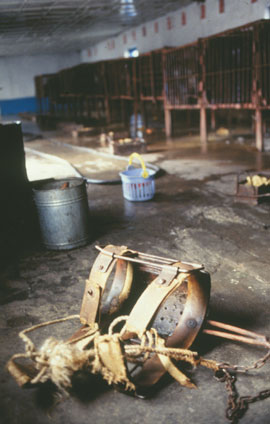 Written with files from WSPA Canada

One thought on “Unbearable Cruelty: The Bear Bile Farms Of China”