There’s a time to sit back and take it all in and then there’s a time for action — when you’ve got to stand up and step out for yourself and what you believe in. 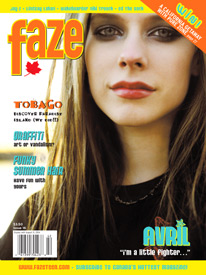 That’s a lesson the music world has swiftly taught Avril Lavigne. She tells Faze that people can’t afford to take a back seat in their own lives. “Life’s too short to try and please other people,” she says. “Do what you want and go for what you want.”

In Avril’s case, it’s far from a hollow message. She backed those words up in the past as she climbed the pop charts, carving out a place of her own and developing a loyal fan base. At 19, she’s seen a staggering amount of success and her newest album, Under My Skin is being touted as an evolution from her debut album, which sold 14 million copies. The second album sports a more mature sound than her first release, featuring input from Canadian singersongwriter pair, Chantal Kreviazuk and Raine Maida (Our Lady Peace). 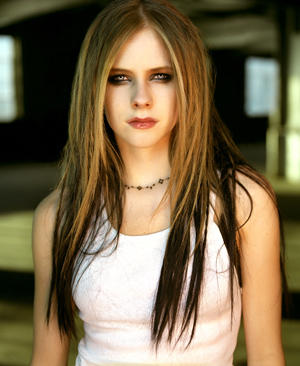 With all the extra attention that comes with music stardom, Avril has learned to deal with those who have negative opinions of her. She says she tries not to let people get under her skin, and advises you to do the same when it comes to hurtful rumours or gossip. “Well, there’s no point in dwelling on it, because people will only talk about it for a week and then forget about it,” she says. 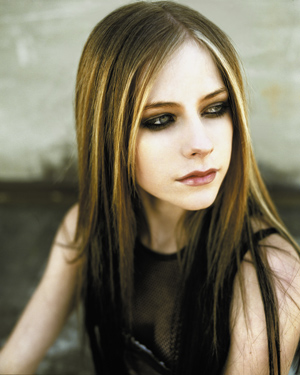 In most cases, a thick skin is a must. Avril’s been dismissed by many as just another pop-culture product, with a punk-rock glaze. One such accusation is said to have even provoked a physical altercation with another girl in a bar. “It doesn’t bug me. I think it’s funny. Everybody thinks I am a bitch. And that’s only because I’m a little fighter and always go after what I want.” 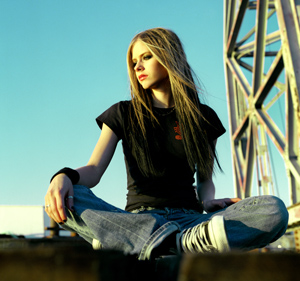 With her newest effort attracting plenty of interest, and recent Grammy and Juno nominations already under her belt, Avril’s approach to stand up for what she believes in appears to be paying off, “I stand up for myself and don’t take shit. Some people can appreciate it, and others can read into it wrong.” 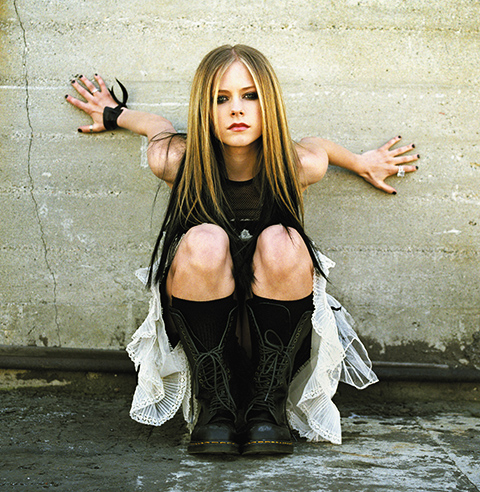 If you were on Fear Factor, what’s the one thing you wouldn’t do?
I wouldn’t eat anything related to bugs or animal parts. I would probably be really good with the physical challenges. I’m very athletic.

Who would you want to be trapped in an elevator with?
The guy I have a crush on, so I’d at least have some kind of fun.

What three foods would you always want in your fridge?
Pizza, chocolate cake, and pasta.

What’s the last movie that made you cry?
21 Grams.

If you could visit anywhere, where would it be?
Italy is my favourite place in the world right now. It’s romantic and has the most amazing food.

If you couldn’t sing anymore, what would you want to do?
I’d be a painter or a makeup artist.

What’s your worst summer job horror story?
I spent my summers cleaning houses and cutting lawns. I kinda liked it though. 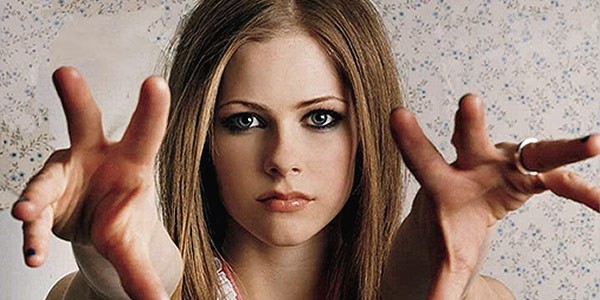 Teen Feedback: Be Yourself

Like Avril, Toronto teens Maryna, Adman and Abraham say it’s important to stand up for yourself and what you believe in.

“If you don’t stand up for yourself, people will take advantage of you most of the time and you will be used by people,” says Maryna, 15.

Adman, 16, explains that when it comes to looking out for number one, the best example is close at hand. “You, yourself, are a good model. You gotta show everybody who is the boss. You can’t let anyone take control of you,” says Adman. “I always stand up for myself.”

Abraham, 16, is of the same mind on the issue, “There is a lot of peer pressure around high schools, especially where kids have to learn through experience, and not a lot of kids understand that right away,” he says. “It shows who you are in life and that’s what’s basically important. I stand up for myself every day. I don’t follow a crowd,” adds Abraham. “I am just myself and that’s the way you are supposed to live. You have to think about the future.”