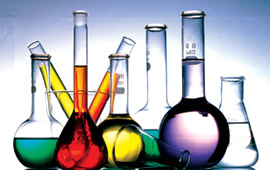 Herbert Hedberg, a Massachusetts teen won the top prize in a national contest for young scientists when he devised a faster way to DIAGNOSE CANCER. This eager scientist created a way to screen for telomerase inhibitors (found in cancer cells) and rank their strength in SUPPRESSING TUMORS. His passion for curing cancer was piqued when his grandmother was undergoing cancer treatment. The aspiring physician-scientist has been awarded a $100,000 COLLEGE SCHOLARSHIP to pursue his studies in medicine.

GET PAID TO STAY IN SCHOOL 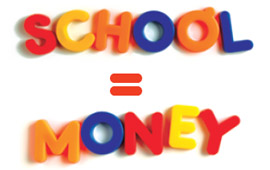 A NEW program has been developed in Britain’s high schools to encourage teens 16 years and older to stay in school. Students are paid £30 a week (ABOUT $72) to attend all their classes — if they miss a single class, they lose their weekly allowance. Aimed at students from low-income families, the program hopes to help teens get out of the cycle of unskilled, badly paid jobs, while encouraging higher education. Students who have taken part in the PILOT PROJECT say that it makes the difference between staying on and dropping out. Britain has one of the highest drop-out rates in the developed world for teens in school beyond the age of 16.

Six teenagers in WYOMING were cited for harassing a herd of pronghorn antelopes in a sport utility vehicle. The driver was fined $410 for ‘harassing big game animals with a vehicle’ and the passengers were let off with a warning. The game warden John Schneidmiller witnessed the incident and said this sort of harassment could cause SERIOUS INJURY OR DEATH to the animals. The antelopes were already stressed facing drought, and didn’t need the additional stress of being harassed. The driver also created danger for himself and his passengers by ZIGZAGGING off-road around the herd.

I’M IN A BAD MOOD. GIVE ME FOOD 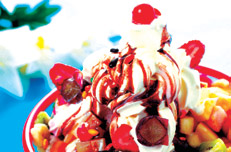 University of TEXAS scientists say new studies show teens turn to comfort food when a bad mood strikes, causing a risk of serious weight gain. The study compared body weights of 160 teens between 14-17 YEARS to their ‘anger control scores’. One theory suggests that parents may be too quick to give upset toddlers comfort food, causing kids to confuse emotional distress and hunger later in life. Another theory — ‘WHAT-THE-HELL EFFECT’ suggests overwhelmed teens in a bad mood abandon disciplined EATING HABITS and grab whatever is available right away.

Researchers at Cambridge University say a teen girl’s arguments with her mother could be a good thing. They say arguments are often used by teens as a COMMUNICATION TOOL, and that daughters use arguments as a way to update their moms about what’s going on in their lives and what’s important to them. The study found an average spat lasts 15 minutes, every two and a half days. And daughters get frustrated with their dads because they get the cold shoulder — homework, boyfriends or untidy rooms — doesn’t matter what the topic may be. Meanwhile, a guy argues with his mother on average every four days, for six or so minutes.