BLAME ONE, BLAME ALL 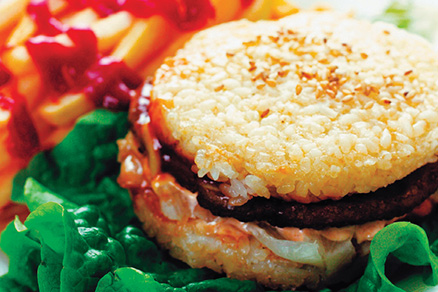 An appeals court in New York revived part of a class-action lawsuit blaming McDonald’s for making people fat, reinstating claims of deceptive advertising. Brought on behalf of two New York children, the lawsuit alleges that tens of thousands of children have suffered obesity, diabetes, heart disease, high blood pressure, elevated cholesterol and other health problems after being misled about McDonald’s products. U.S. District Judge Robert Sweet dismissed the lawsuit in 2003 because he said it failed to link the children’s alleged health problems directly to McDonald’s products. “If a person knows or should know that eating copious orders of supersized McDonald’s products is unhealthy and may result in weight gain,” Sweet had written, “it is not the place of the law to protect them from their own excesses.”

A group of students at Cochrane High School in Alberta are using solar panels and a wind turbine to create alternative energy for their classrooms. “We’re trying to do something no high school has done to this extent,” says Denyse Skipper, a Grade 12 student. The project will generate 3.3 kilowatts of electricity, enough to power a small home but accounting for only 1% of the high school’s energy needs. Although other schools in Canada are trying to make use of alternate energy, this is the first project pushed forward by both students and teachers. More than $47,000 was raised in a matter of months to cover the cost of 30 solar panels and a small turbine. The project began with science teachers Stephanie Bennett and Earl Binder, who created a curriculumbased on concepts of energy conservation. They credit the 15 students who took over and turnedit into a viable project. Their trailblazing achievements are being applauded by Canada’s best-known environmentalist, David Suzuki. 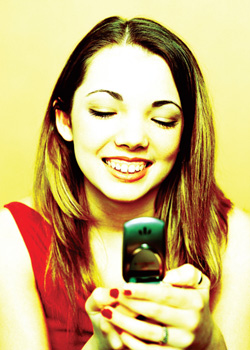 The days of passing notes in class are over. Teens have gone high tech using text messaging instead. Some students text message as much as 100 times a day and they end up with sore and swollen thumbs. An Italian study has given the symptom a name, acute tendonitis. Doctors say the only way to relieve the pain is to give the thumbs a break. Rest will help the tendonitis go away. Doctors say thumbs are not meant to do repetitive movement but to grasp things.

Students from the Bethlehem-Center High School football team in Pittsburg have volunteered to shave their heads in support of a fellow team member, 15-year-old Brandon Statzula, who was diagnosed with cancer a week before Christmas 2004. Exactly how many students will go under the clippers depends on how much money is raised to help Brandon, who is receiving chemotherapy treatments at Children’s Hospital of Pittsburgh. For every $50 collected, a name will be picked of a volunteer who will have their head shaved. “Because Brandon’s treatments have caused his hair to fall out, this activity will let his buddies stand in solidarity,” says Dr. Richard Martin, principal of the high school.

A lawyer specializing in freedom of speech and the Internet says he will defend, free of charge, a 19-year-old publisher of a Web site facing a lawsuit over an article that revealed trade secrets about an Apple computer. Nicholas Ciarelli, publisher of the site www.ThinkSecret.com and a Harvard University student, will be defended by Terry Gross. Terry believes Nicholas and his Web site used proper newsgathering techniques. Apple sued because of a story that released information about a $499 Mac mini computer. Another Think Secret story predicted Apple’s rollout last week of a $149, 1-gigabyte flash-memory version of the company’s popular iPod music player.