EVIL NEIGHBOURS TO THE SOUTH 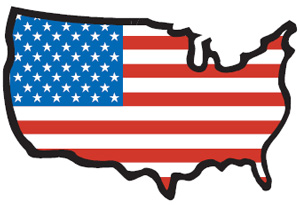 A 2004 Canadian poll shows a dramatic change in the viewpoint of Canadian youth about the U.S. More than 40% of teens aged 14 to 18 say their impression of the United States is that of an evil global force. That number jumped dramatically to 64% for French Canadians. Ontario’s teens seemed most conflicted about their opinion of the U.S., with one-fifth sitting on the fence. The results are being viewed as anti- American sentiment, where the desire to keep Canadians as far away from U.S. politics is higher than it has ever been. The poll was conducted to engage teens in political issues and give parents and teachers a chance to understand where the political sentiments of teens stand today.

THE GREAT WHITE TAKES A BITE 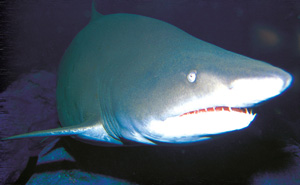 It is being called the first great white shark attack in New York in 30 years. While surfing approximately 25 feet offshore at a beach on Long Island, Ryan Horton reported he felt a sharp pain in his ankle, but couldn’t see what caused it. After paddling back to shore, he was taken to the hospital. Police later confirmed that even though there are many kinds of sharks inhabiting the waters around Long Island, the photos of the wound confirmed that the injury was indeed inflicted by a great white. The last reported great white shark attack was in 1975, in Sandy Hook, New Jersey, just after the release of the blockbuster hit, Jaws. Authorities say that there is no reason for people to change their swimming patterns due to the latest incident. However, according to the Shark Attack File, a service run by the Florida Museum of Natural History, there have been 61 unprovoked shark attacks on humans worldwide in 2004 alone.

NO CHARGES LAID IN CULTURAL MISCHIEF

British Columbia: No charges will be laid against a 17-yearold Sikh teenager who claimed a group of white men had ripped off his turban and cut off his hair. The RCMP made the decision even though evidence (and a confession) revealed that the teen injured himself, cut his own hair (Sikhs don’t cut their hair), and then reported that five Caucasian men attacked him in broad daylight. 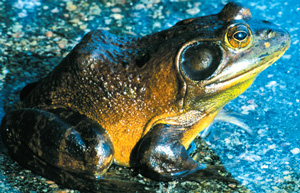 Science fiction is closer to reality than you think. Toads in northern Germany were meeting a very dark and unsettling fate: they were exploding. What was originally viewed as a strange disease affecting toads in both northern Germany and some parts of Denmark has now been revealed as precision attacks by crows with a taste for foie gras. The crows attack the toads when they crawl onto land at night. The crows then swoop down on the toads and peck out their livers in one thrust. The toads expand their bodies in an act of self-defence but with no liver and a punctured stomach, they inadvertently blow up their own blood vessels. Their lungs then collapse and the toads explode.

TEEN RABIES SURVIVOR DOES IT WITHOUT VACCINATION

A teen who is the first person known to survive rabies without a vaccination says she is doing fine five months after returning home from the hospital. Jeanna Giese was attending church with her family when she was bitten by a bat on her hand last September. Thinking nothing of it, she didn’t seek treatment immediately. But by mid- October, Jeanna was showing symptoms of what is usually a fatal disease and underwent an experimental treatment to battle rabies. After a successful treatment and recovery, Jeanna is going to take summer courses to catch up on her classes.