Beware of Industry Con Artists Who Promise Fame and Fortune, or You’ll Be Left with More Scam Than Glam. 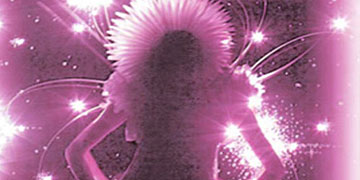 Flipping through the pages of any glossy magazine, it’s hard not to imagine what it must be like to be a star—the adoring fans, the paparazzi, the money—but the lure of fame can leave people vulnerable to unscrupulous scam artists.

The entertainment business is fraught with scam potential, insiders agree. There are agents who demand vast sums of cash up front in exchange for acting work that never materializes, schools that promise to turn ugly ducklings into working runway models and talent scouts who offer budding musicians misleading guarantees about recording contracts.

“Everyone wants the 15 minutes of fame. That’s why it’s so alluring,” says Cameron Carpenter, a publicist and manager with 25 years of music industry experience. “The reality is that one in 1,000 will make it, and there’s very hard work involved.”

So pervasive are the scams that entertainment industry groups regularly hear from families beguiled into spending thousands of dollars by con artists. “People are constantly taken in by the dream of Hollywood,” says Theresa Tova, children’s advocate for ACTRA, the actors’ union.

People are easily duped because they get so caught up in the dream of becoming a star that they don’t stop and take an honest appraisal of their own looks and talents before signing on the dotted line, she says.

“Kids and irrational parents do not want to hear the truth,” says Tova. “They won’t hear it until they’ve been taken,” and then it’s often too late.

She says industry groups all offer advice on how to avoid cons, and she recommends any would-be stars to begin by doing some research.

When it comes to spending money to advance a career, “do not spend any money until you have earned enough money in the industry to pay for what you are doing,” Tova says.

Crooked businesses typically share a few key characteristics: they guarantee jobs for clients, they use high-pressure tactics to get people to shell out for services and administrative fees in advance and they advertise.

Toronto’s ANU Agency is a well-known example of this common pattern. The company promised clients lucrative fashion contracts; but in order to get the work, would-be models had to pay for an expensive photographic portfolio. Even after getting the portfolios done, the promised work never materialized.

In 2000 the company was fined and ordered to pay tens of thousands of dollars back to clients, after pleading guilty to 30 counts of engaging in an unfair practice under Ontario’s Business Practices Act.

“You don’t really have to spend thousands of dollars to become a model,” says Gail McInnes, a modelling agent with Toronto’s B&M Model Agency.

She says it isn’t necessary to build a photographic portfolio before going into an agency, and classes with an expensive modelling school aren’t likely to jump-start a career. “If you really want to take that course, it’s okay, but you really do not have to go to a modelling school.”

Although the fairy tales do sometimes come true—McInnes says even she sometimes scouts teens in neighbourhood cafes or in mall parking lots— legitimate agencies typically open their doors for a few hours each week and assess people who come in off the street. Anyone can go, she says, and all they have to take with them is a handful of family snapshots.

At the agency, scouts assess the would-be models to see if they meet strict industry height and weight requirements. In addition to unusually stunning features, perfect teeth and skin, a female model has to be at least five-foot-eight and fit into a tiny fashion-industry size six, which is smaller than retail-clothing size six.

She says that often it is people who are repeatedly turned down in these open calls who turn to some of the unfortunate alternatives.

“Everybody’s saying: ‘You’re really cute but you’re not what we’re looking for.’ That’s when people turn to the scams, they want it so badly,” says McInnes.

McInnes, like Tova, urges caution and research for anyone wanting to get into the industry.

“Find out as much about it as you possibly can. Do your research and have fun with it, don’t take it too seriously,” says McInnis.

Hit television shows like Canadian Idol and Popstars have also revived the dream that the average person can be propelled into instant pop-music stardom. But Carpenter says even this apparently instant fame typically follows extensive training and plenty of hard work on the part of contestants.

He echoes the recommendation not to pay money up front for guaranteed work, and advises musicians hoping to make a break in the industry to make sure they have a lawyer review anything before they sign it. A legitimate representative gives artists plenty of time for legal consultation, he says.

“I think you have to be careful in any industry you’re in,” says Carpenter, a publicist and manager for such diverse musical acts as Down With Webster and Triumph. “There are people out there trying to make a buck on your behalf.”

Carpenter also says the important thing is to work on the music. If young artists can nail that, the rest will fall into place.

“If you’re good enough, the record companies and the managers–the legitimate ones–will be coming to you,” says Carpenter.

Eighteen-year-old Patrick Gillett, also known as Rif Raf in Down With Webster, says he and his friends have been working on getting their shot at fame for six years.

And, even though he has a manager and his band is beginning to get some recognition, he offers those with stars in their eyes this reality check: “I think a lot of people think that you’re rich and famous just because you’re famous. I haven’t been paid a cent. I still work washing dishes at a pub.” 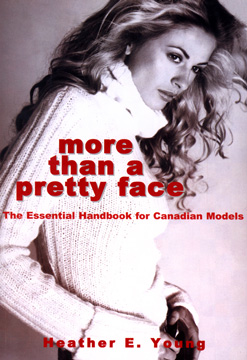 For more info, check out these sites:

Society of Composers, Authors and Music Publishers of Canada
socan.ca

More Than a Pretty Face: The Essential Handbook for Canadian Models
By Heather E. Young
Available on Amazon.ca

One thought on “Avoiding Scams in the Modeling & Acting World: Con Artist Agencies”