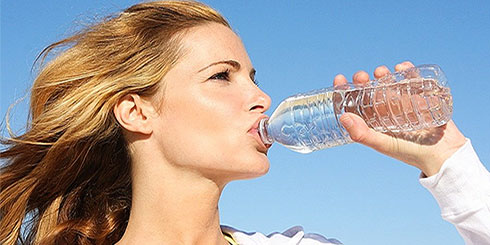 With every purchase of a bottle of water, you can expect to pay around $1.50, an expense that can add up over time. So, in fact, you are doing your wallet and the environment a favour by reusing your water bottle, right? Wrong. Recycling your bottled water can pose risks to your health.

According to the Canadian Press, dangerous bacteria and toxic plastic compounds have been found in the types of water bottles that are typically reused in schools and workplaces nationwide. One of the toxins that frequently appeared in water samples from reused water bottles was DEHA (diethylhydroxylamine), a carcinogen (cancer causing agent) regulated in drinking water because it has been found to cause weight loss, liver problems, and possible reproductive difficulties. 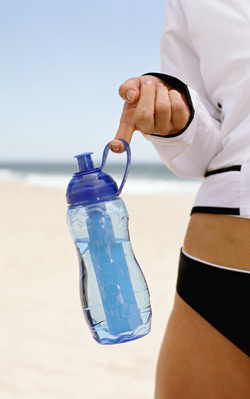 A study conducted by Cathy Ryan of the University of Calgary found bacteria in elementary school children’s bottles that would prompt officials to issue boil-advisories, if the water came from a tap. Researchers discovered bacterial contamination in about a third of the samples collected from the reused bottles.

Even carefully washing your bottle is not enough to rule out safety concerns. Research conducted by a graduate student at the University of Idaho suggests that the kind of thorough washing that could kill bacteria might make the bottle unsafe in other ways. Single-use water bottles are commonly made of a plastic called polyethylene terephthalate (PET), which is found to break down over time. The study found that frequent washing might accelerate the breakdown of the plastic, potentially causing chemicals from the plastic to leak into the water. Both the Canadian and International Bottled Water Associations (IBWA) recommend these bottles for one-time use only.

Dr. Richard Rowland, a doctor at Algonquin College’s health center in Ottawa, Ontario agrees that bottles should only be used once, especially during the summer when heat causes bacteria to grow at a faster rate.

“These convenience-sized PET containers are designed and intended for single use only and easy recycling and compatibility with the recycling system. After consumption of the product, PET containers should be placed in a recycling bin for collection or returned for deposit,” said Stephen R. Kay, vice-president of communications for the IBWA.

*Bottled water is the fastest growing beverage industry in the world. According to the International Bottled Water Association, sales of bottled water have increased by 500 percent over the last decade: 1.5 million tons of plastic are used to bottle water every year.