Some victims are haunted for years by gossip 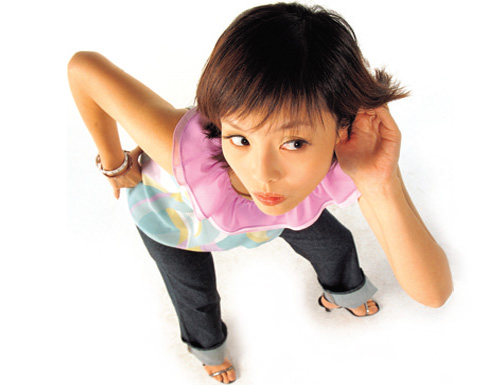 All eyes are trained on her these days, but Alyson Lozoff, Miss Teen Canada, remembers a hurtful time not long ago when classmates used to turn their backs on her to engage in gossip.

While Internet chat rooms have increasingly become an avenue for today’s cyber-bullies, a private all-girls school hallway was the scene of Alyson’s torment. “It’s far worse in person, when you walk down the hall and see four to five girls turn around and whisper,” says Alyson, an 18-year-old college student in Montreal who was picked on because of her good looks and athletic ability. “You just feel like everybody’s talking about you, and you don’t know what to do about it.”

Alyson made bullying her platform after winning the national title last June. She visits schools regularly to conduct workshops on the issue. “I feel (students) can relate to me more because I’m younger and I have gone through it not too long ago.”

Alyson says the experience forced her to grow up faster and develop into a stronger person. But some victims are haunted for years by the pain inflicted upon them. Others have committed suicide. A few months ago two Montreal-area teens committed suicide after being bullied, including a 17-year-old girl who hanged herself after being gossiped about on the Internet. In March 2000 a 14-year-old boy killed himself by jumping from a bridge in New Westminster, B.C., after being bullied and teased. 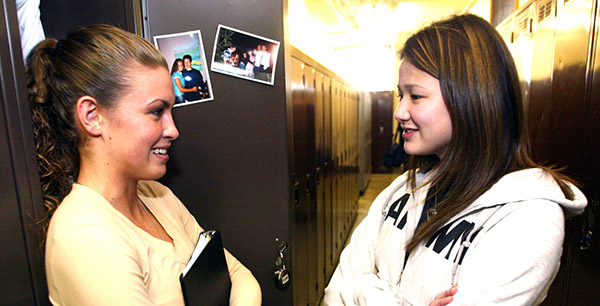 Lori Rubin, coordinator of a program that helps teachers deal with serious behavioural problems among students, says gossip has become a rampant problem in schools. “It’s a power trip,” says Lori who is with the English Montreal school board. “It holds kids hostage.”

Among elementary students, it’s mainly girls who gossip about other girls, say experts. Students who lack confidence become easy targets. But gossipers also go after students who are different from them in some way—such as size, economic status, clothing, disability, ethnicity or religious custom. In high school, gossip is often about the opposite sex, with some of the most hurtful refrains suggesting boys are gay and girls are promiscuous. “It’s a natural instinct if you don’t have alternatives,” says Lori. 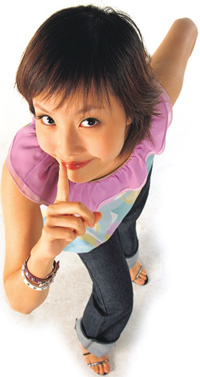 Caitlin Healiy acknowledges that gossip leads to conflict but the 14-year-old says it’s an entrenched part of student life. “In teenager life, it’s in our brain …that you need to gossip,” says the Montreal student. Sumeera Aqeel, 14, says she first noticed gossip among her peers three years ago. The main topic for chatter was affection for boys. “Kids are squealers,” she says. “If you tell them something they tell the whole school.”

Some researchers have argued that gossip is a human instinct that dates back to the Stone Age. “Its primary function is to help us make social comparisons,” Jack Levin, co-author of Gossip: The Inside Scoop, says in Psychology Today. But Lori says gossiping students mirror the actions of family and the media. Television and magazines are filled with celebrity gossip. Reality shows like the Survivor series are predicated on gossip, alliances and voting people off the island. “That is a reflection of school life,” says Lori. “It’s scary.”

Tackling the problem early is important, says Aileen Daley, spokeswoman of Peaceful Schools International. The charitable group based in Nova Scotia initiated a gossip-free day (October 17) to get kids thinking about the ill-effects of rumours and gossip. “Gossip can be the root of a lot of conflicts in schools,” says Aileen. In Ontario, some Roman Catholic school boards have tried to use their religious values in teaching about gossip and bullying. “We use Catholic values as a signpost,” says John Stadnyk, superintendent of education at the Huron-Superior Catholic district school board in Sault Ste. Marie, Ontario. In the recent Ontario throne speech, the province’s new Liberal government vowed to introduce an anti-bullying hotline and develop programs in all provincial schools.

Angela Clark, founder of Intervention SOS, a group that educates students about bullying, says gossip crushes a student’s self-esteem and can be more harmful than physical violence. “If somebody just comes along and punches you, it’s not touching who you are,” she says. “But when someone’s crushing inside, touching the personality and affecting how other people see you… how do you defend yourself against that?”

If you encounter gossip:

1. Speak out. Tell your friends that gossiping is a waste of time and no one benefits from it.
2. Turn it around. Say something nice about the person being talked about.
3. Move on. Walk away and don’t be part of the problem by sticking around to listen.

Also in Faze: Read about gossip throughout the ages!