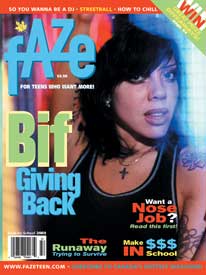 Bif Naked on the cover of  Faze Magazine!

I remember getting my first new car not that long ago.

It was red, sporty and all mine. I took care of her and she took care of me. Life was good. Then, within a few months her engine blew. I was traumatized. It happened on a highway and I still remember thanking God that I was still alive.

Within three years she had been through six, yes, six new engines! So, unfortunately, our relationship had to end. I was too afraid to drive her. I wrote a very nice letter to the company, stated my case and asked for an equivalent replacement—same make, model and mileage: I thought I was quite reasonable. They thought not: and I had to sue to reclaim what it had cost me. I knew I had a case, since the car was obviously defective but the dealership wanted to fight (standard procedure, I think). I started the legal process and within a year was told the case would cost me at least $25,000 to pursue. I didn’t have that kind of money so dropped it.

Part of me regrets that decision but another part is very proud that at least I tried my best to stand up and fight. What I learned from that ordeal has stayed with me ever since: win or lose, you have to fight the fight. Even though I lost that battle, I felt stronger, wiser and better prepared for what lay ahead.

Today, there is no shortage of battles to be fought: human rights, animal rights, AIDS, cancer, starvation, the list goes on. Fortunately, there are people out there willing to pick one and have a go at it [see Bif, Giving Back]. Be one of those people. If you’re not happy with what’s happening in your neighbourhood, school [see Whaddya Think], or even country, do something about it. You have a voice. Use it for something other than complaining about the things you’d like to see changed. 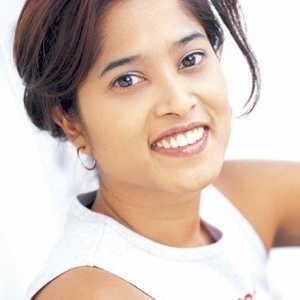 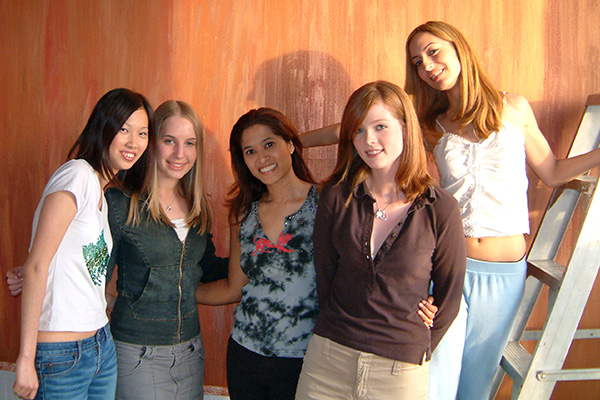 Hey girls, thanks for being a fun part of Faze!
L to R: Kimberley, Shauna, me, Holly and Faze’s resident superteen, Maya.

Great question in Whaddya Think [Summer 2003: Would you change your appearance to get a job?]. This one company wanted me to take my nose ring out, so I said they should try judging me on my ability not my appearance. They were impressed that I spoke up for myself and gave me the job. The job’s kinda boring and I’m thinking of quitting, but hey, at least I stuck to my principles.
–Greg, 17, Dartmouth, NS

So what if Sara doesn’t like Spandex on people? [Summer 2003: Rant] Tell her not to look at them. I have a problem with people telling everyone else what to do. This is supposed to be a free country, right? If her biggest problem is Spandex and people wearing socks with sandals, she should consider herself lucky—and if she doesn’t, she should visit Iraq or Palestine.
–Alissa, 19, Brandon, MB

Hey, props for covering Layne Beachley [Summer 2003: Surfing]. She has been my idol for the last two years. I grew up without a mom and can really relate to her. She’s awesome. Thanks again.
–Megan, 16, Victoria, BC

Thanks for covering lacrosse [Lacrosse Rocks, Spring 2003]. It’s the most amazing game and I think everyone should try it. Even girls. And the games don’t cost a lot to go to and they’re way more exciting than baseball or soccer games.
–Rick, 14, Ottawa, Ontario

In your article Buying What We’re Sold [Summer 2003], you make us sound like we’re all mindless puppets if we run out and buy popular music. So what if I bought J.Lo’s latest CD? It’s not our fault if her record label spends millions of dollars advertising her stuff. That’s not why I buy her music! It’s because I like it. She’s great. And, I don’t just buy music that is produced in North America. In fact, half the time I don’t know where the artists are from. I just buy what I like.
–Aubrey, 17, London, Ontario

What’s up with your Getting Deep question about some crazy who wants to have a kid at 16 [Summer 2003]. Is she for real? I’ve got a lot of friends, and most of us are 16 and none of us talk about wanting a kid. I find it hard to believe there are people who actually WANT to get pregnant so young. An accident—okay, but wanting to?
–Connie, 16, Halifax, NS