Disguised as a boy for 16 years, she put herself and her family in the cross-hairs of the Taliban in order to achieve her dreams of becoming a world class athlete. 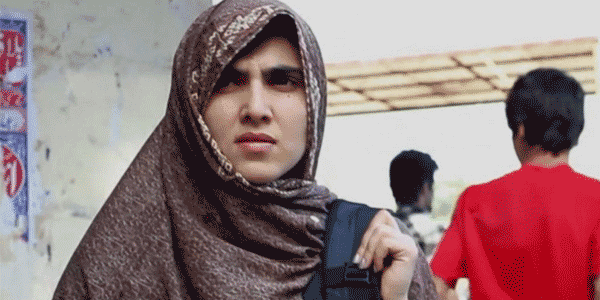 Growing up in Pakistan with the ambition of becoming a professional squash player, it was not long ago when Maria Toorpakai’s dream seemed like a long shot. But today she is training in downtown Toronto with former world champion Jonathon Power. Maria is currently the number one female squash player in Pakistan, and ranked 60th in the world. However, becoming a professional athlete has been an especially long and arduous road for Maria. With the support of her family, she was able to defy all odds and overcome the disadvantages that were stacked against her: primarily the fact that she was female. The challenging social and political situation she endured in Pakistan has ultimately shaped who she is today.

As a young child, Maria felt different than the other girls. Living in an area with a strong presence of Taliban militants, females were treated as second class citizens. In the conservative tribal region of South Waziristan, girls required a male escort to leave their homes, but she yearned to go outside and play with the boys; her sights were set on the freedoms given exclusively to males. At the early age of four, with the support of her parents, Maria’s dresses were tossed in a pile, lit on fire, and she watched as the flames engulfed her past identity. Her father immediately nicknamed her after a famous warlord, Chingis Khaan, more commonly referred to as Genghis Khan by Westerners. From that day forward, she was reborn as a boy. As Genghis Khan she found a temporary safe haven from the gender discrimination that had restricted her from going outside, and ultimately from pursuing sports.

In her disguise, Maria hung around the boys and recalls being the leader among her friends: she was known as “the strongest of all.” At twelve years old, she won second place at a boys junior weightlifting competition in Pakistan. She had beaten the boys in their own game. Nevertheless, the freedom gained by her disguise would not last forever. 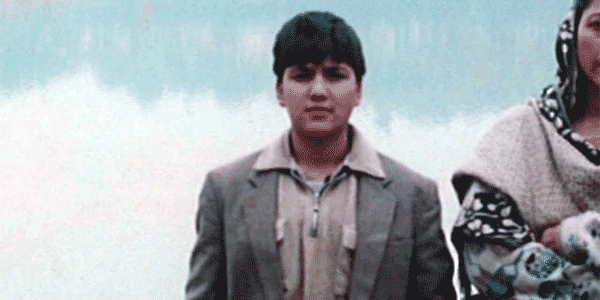 During her time weightlifting, Maria discovered the sport of squash and instantly fell in love. Encouraging her to pursue her passion, her father took her to a local squash academy in Peshawar, managed by the Pakistani Air Force. However, a birth certificate was required to enroll in the academy. This was a critical time for Maria, she would make a life-altering decision and give up the safety of her identity as Genghis Khan in exchange for a squash racquet and an opportunity to play.

Once again, Maria found herself battling the unjust gender discrimination that had hung over her head as a young girl. She recalls it being a “time when everything just turned completely upside down.” The bullying and harassment from both boys and men led her to feel isolated. “I was stuck…I couldn’t hangout with girls and I couldn’t hangout with boys, I didn’t know where to go.” It was a time that was “depressing for me, I grew up in a very pure and respectable environment and all of a sudden everyone is just abusing me horribly, and harassing me and it was just unacceptable and so disrespectful. I didn’t know what to do.”

Despite the harassment, Maria dominated on the squash court and won multiple national junior championships. In 2006, she officially became a professional squash player and was one step closer to reaching her dream.

At thirteen years old, Maria was immersed in her profound passion for squash. But beyond the walls of the squash courts and her own personal battles, there were troubling events happening in the world around her. Bombings, shootings, and disappearances were not unusual. She recalls, “One of my family friends, he was killed. My mom was stuck in a school while the Taliban attacked the school. My brother survived one of the bomb blasts. My dad couldn’t go to his college, his college was attacked. Our family friend, her brother was killed. Another friend, she and her younger sister, they were both blown up in a bomb blast, they were coming from school. I realized that I had to pay attention to what’s happening and that it has come to my door now.”

The day her father found a note left on his car marked another turn of events for the young squash player. The note was not from the boys or men that had taunted her in the past; her success had captured the attention of the Taliban. It was a death threat stating “dire consequences” would occur if she continued to play sports. As a female wearing shorts and without a veil, her behaviour was considered “un-Islamic.” Once again, she found herself a victim of gender discrimination and caught in the political instability in Pakistan. Maria explains what that note meant to her; “[The Taliban] are going to threaten us and they’re going to kill us. And for that reason I had to stop playing squash and stay home.”

Despite this new roadblock she was determined to carry on as best as she could. She says, “You cannot stop playing, even if there are bomb blasts or you see all of those things happening. Life keeps going on…everyday life. Nothing stops.” For the next three years she retreated to practicing against the walls of her home with a plan to regain her freedom. During that time, she sent out 30 to 80 emails a day to colleges, universities, clubs and academies offering to become a squash coach in exchange for a place to “train with peace of mind.” It took over a thousand emails to finally receive a single response offering help. It came from a former world champion whose name was printed on her first squash racquet: generously reaching out a helping hand to train the young athlete was the Canadian, Jonathon Power. 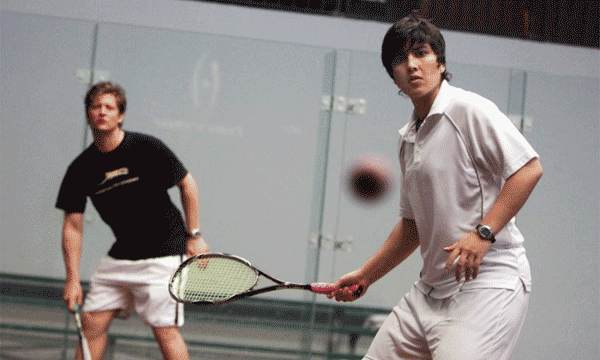 In 2011, with a one-way ticket in hand, Maria left her home country for Canada with feelings she describes as “between fear and happiness.” She was finally able to overcome the adversities that came with growing up in a region that was commonly referred to as “the most dangerous place in the world.” Her future as a world class athlete was another step closer to coming true. Looking back, she says, “I’m glad that I crossed that bridge of fear and I came all the way here. And I’m the happiest person today.” Maria wants other girls to be able to achieve their dreams as well. “With all my heart I just wish that all those girls have equal opportunities because they are no less talented.”

Since her arrival in Toronto, she has founded the Maria Toorpakai Foundation, and has published her first book, A Different Kind of Daughter: The Girl Who Hid From the Taliban In Plain Sight, her film memoir called Girl Unbound was screened at TIFF 2016 and she has been invited to meet the Pope and speak at the first ever Sports and Faith Conference at the Vatican. 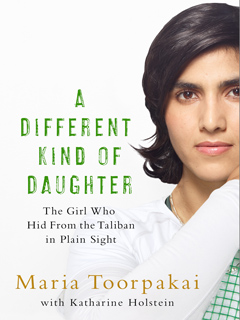 She strongly believes, “[when] I’m standing on a stage or anywhere…it’s not for me, I’m talking for all those girls, I’m the voice for them. I have to say those things that they couldn’t.” Her foundation aims to provide girls in Pakistan the opportunity for sports and education. “I want to give them that courage, that you are the one who can change your life. You have to make decisions [to] stand up for your rights. People are going to talk; they are going to be resistant always. But women are strong when they all support each other and they have to stay together and they have to stand up. That’s how we can save Pakistan, save the world.”

Click here to learn more and donate to the Maria Toorpakai Foundation. 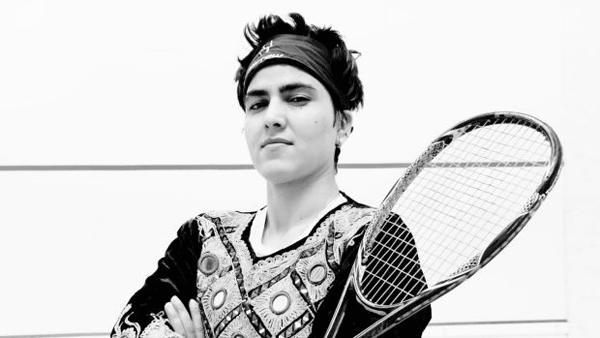 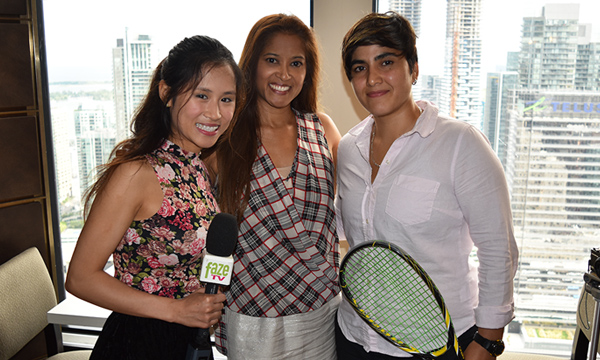 “In the beginning, it was all about me and I was struggling to make my life better, and to protect my rights and stand for my rights. It was all about that. But it was a lot of experience, a lot of things that I saw, and it was mind blowing for me. Today I believe everything happened for a reason. It was destiny.”

From Pakistan to Canada, life is a constant learning experience for Maria

“Living in the east and coming to the west and travelling, and today meeting different people that are unlike my family, Christians, Jewish, Hindus. I like feel that nothing bad happened to me, it was a lot of learning and God kind of protected me and gave me those lessons.”

“Pakistan is a country that has many layers to it and where I come from, I come from a tribal region, you won’t really see girls coming out from their [homes]…they’re not even educated that much, but then if you go towards the Punjabi region or Karachi, [it is] much more liberal. People are at least allowing their women to go to schools and become teachers or lawyers and doctors…yet, I feel that women [are] a second class when you look at the overall picture.”

Criticism is a common fear. But for Maria, she’s not afraid at all

“Another thing is shame. It is psychological. It is created, there is no such thing. For all of your life, you think what people will think? What people will think? And then you die and no one knows who [you were] after ten years. Why would you live with this shame for your whole life? Life comes once, forget about shame, be yourself and do whatever you want.”

Not even the Taliban could stop her from achieving her dreams

“First thing, is believe in yourself. And second is being honest and having the true intentions to do something. Always think positive, positive things will come to you. So, you have to have true intentions, pure intentions and a sincere heart. When you make decisions with that kind of feeling and that kind of mentality, everything’s going to turn [out] very well.”

And a segment on Maria’s story from CNN