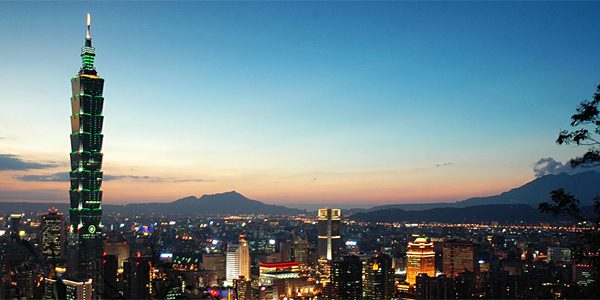 With Communist China threatening to invade, the island of Taiwan is stuck in one of the most dangerous political situations in the world. Only the risk of American military support and Western outcry has kept the Chinese army at bay. But the threats keep coming. The Communists claim Taiwan belongs to China and eventually the island will be reunified with the mainland, as Hong Kong was recently. Any suggestion by Taiwanese politicians that Taiwan has no interest in joining China and wishes to remain independent brings angry threats of violence from the Chinese government. A quick look at the history of the island gives some insight and context into the resentment the Taiwanese people feel at the thought of being ruled by yet another “outside” power. 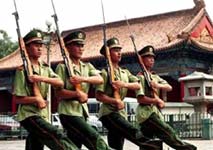 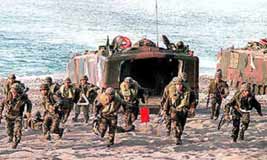 Attack from the sea! This one is just practice.

Taiwan lies about 200 km off the coast of China with the Philippines to the south and Japan to the north. The mountainous island, about half the size of New Brunswick, is home to 22 million people. The original Taiwanese were actually of Polynesian ancestry with increasing numbers of immigrant Chinese settling the coastal areas as the centuries wore on.

Taiwan was spotted by Portuguese explorers in 1517 and was named Formosa, meaning “beautiful”, a name that stuck in the centuries to follow. The Dutch eventually settled it in the 17th century, bringing in more Chinese to work the farms. China, for its part, was unfamiliar with the island of Taiwan, and was content to let the Dutch control it. But when the Manchu army invaded the Chinese Empire from the north, 25,000 Imperial soldiers and noblemen fled across to Taiwan, ejecting the Dutch. Eventually, in 1683, the Manchu army crushed the Chinese in Taiwan and sent many of them back to the mainland, and decided to retain control of Taiwan. The Manchu Empire (better known as the Ch’ing dynasty) remained intact for the next 200 years. 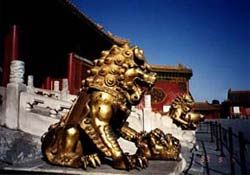 The Chinese heritage shows at a Taiwanese temple

In 1895, to appease the powerful Japanese, the Manchu leaders in China gave Taiwan to Japan. Japan ruled Taiwan for the next fifty years, facing frequent uprisings, until they lost to the Americans in World War II. In the 1945 treaty dividing Japan’s colonial lands, Taiwan was given to the new rulers of China, the Nationalists. The new Chinese overlords were notoriously corrupt and were brutal in dealing with any disobedience, massacring thousands of innocent people during an anti-corruption protest in 1947. To make matters worse, the Chinese Nationalists were losing a civil war in China to the Communists.

In 1949, the defeated Nationalists fled China (with all the loot they could carry) and in a short period one million (Mandarin speaking) mainland Chinese arrived in Taiwan! Their Nationalist leader, Chiang Kai-shek, took command and immediately declared martial law. He set up a parliament in Taiwan and went on to claim that he represented the entire country of China, and held the seat for China at the United Nations. Their mortal enemies, the Communists, were ready to finish off the Nationalists in Taiwan in 1950 but a U.S. naval presence discouraged the invasion. Eventually, the reality that the Communists in China were going to be in power for a long while led many countries, including the U.S., to open relations with the Communists, culminating in the Communists taking over the United Nations seat for China, and pushing the Taiwan delegation out in 1971. 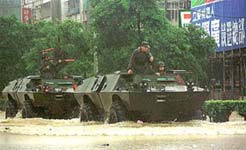 The Nationalists ruled with an iron fist for years, but finally pressure in the 1980s, especially from the Americans, brought about a new phase of politics in Taiwan. The stunning economic success since WWII, largely due to the infrastructure put in place by the Japanese, also increased the people’s desire for political change. A fledgling opposition party was allowed to form, and participate in government in 1986. In 1991, the Nationalists leaders finally announced they no longer claimed all ownership of all of China. With this claim behind them, the Nationalist government could focus on solely on the future success of Taiwan. The first fully democratic elections were held in 1996 and the experienced Nationalist party was elected to continue to lead the government, as confidence in the relatively new Democratic People’s Party (DDP) was just starting to grow. 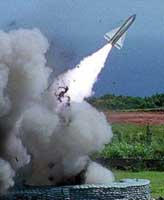 This March, the balance of power shifted as the DDP candidate, Taiwan-born Chen Shui-bian was elected president. With 85% of the island’s population being of Taiwanese descent (versus 13% “mainlander” Chinese) the trend towards a new era in Taiwanese politics is obvious. The issue of formal independence will continue to be discussed with louder voices, as China’s claim to Taiwan, based on history, is far from solid. China, ruled by very old isolated men, stuck in a mentality 50 years old, will continue to make threats. Rich, well-defended Taiwan will do and say just enough to avoid direct conflict, knowing that it will only be a matter of time before Communist rule in China collapses as elsewhere. The bottom line is that Taiwan is historically and culturally different than China, and is already effectively independent, so there really is no practical benefit to declaring official independence.

The Flag of An Independent Taiwan

The Current Flag of Taiwan (with a Chinese Sun) 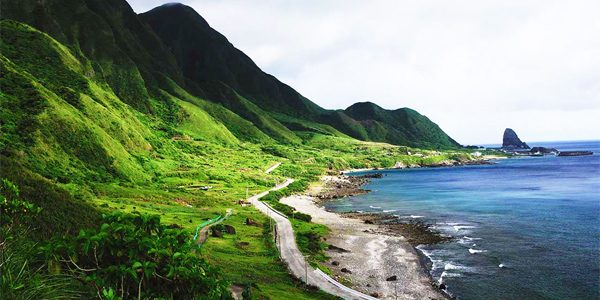