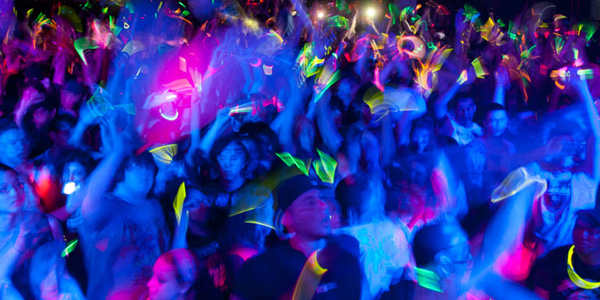 Following the death of a young partygoer, the Rave scene has been a hot topic of discussion among the Canadian media for the past year. And not much of what they had to say was good. In fact, most was bad – very bad. But take it from a DJ who has been in the scene for over a decade, like all entertainment; there’s two sides to every headline.

The ‘good’ side of the Rave scene, seems to be missing in most of the press surrounding these late night parties. What they leave out is.the music – which is the main reason for being there in the first place. The Rave scene grew out of warehouse parties playing House music and other forms of Underground music. The difference with the Rave scene is that it has catered to the Techno and Drum’n Bass fans, which have had no other avenue to get the music. Sure you can buy a compilation or mixed tape from you favourite Turntable wizard, but there was no live avenue to appreciate the music with others. Thus the scene began to spring special events and companies that focused on those types of music: Delerium & Syrous – Drum’n Bass, Phryl & Transcendence – Techno, Trance – Destiny. 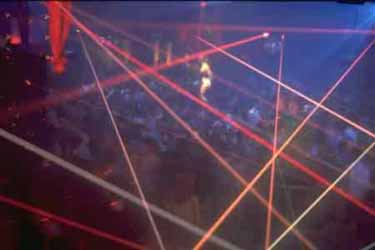 A rave in full swing or a scene from STAR WARS?? 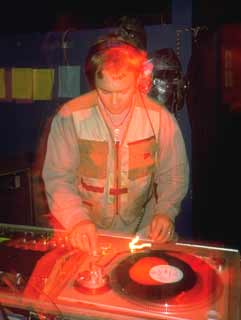 This DJ seem to be stunned by a laser blast

The Bad in the Rave scene is actually not as bad as you think! Yes, there is drug use at these events. No-one has ever denied this. But with youth pulling together to form educational groups like TRIP (Toronto Raver Info Project), information and help is now more readily available for users. Unfortunately, a few young people have died over the past few years from drug abuse while at a Rave. However, this does not warrant the shut down of the Rave scene!! We know that thousands of Canadians have died needlessly in drinking and driving related accidents – yet there is no outcry to shut down the bars!! 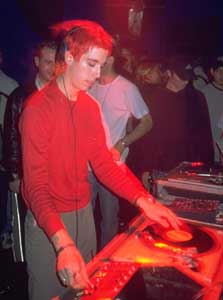 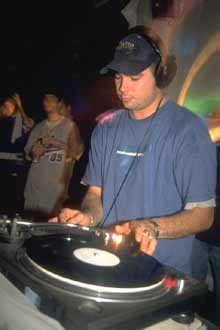 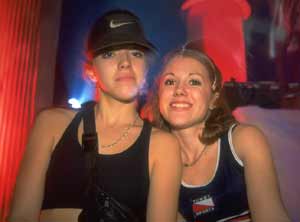 Surround sound! Pump up the volume!

With the Rave scene, and it’s music, comes the International aspect of the events! Over the past 10 years, Toronto’s Rave scene has flown over 2000 of the world’s top DJ’s & Producers into our great city to celebrate the music. This has been the groundwork for our talented Canadian DJ’s & Producers to now fly all over the globe to spread their interpretation of the music. It has become a two way street with music paving the road: an aspect overlooked by mainstream journalists!

I have spun at some of the best & worst events and I can tell you that the Rave scene is not what you’ve probably heard or read in the local paper – it’s much more. There is love for music & friends that has been sorely overlooked by the book worms and ‘literary’ media giants, which quite frankly makes me laugh! Although they may not enjoy the experience of witnessing an International Music Giant while rammed into a warehouse with 5,000 other dancing freaks – there are millions world-wide that do! 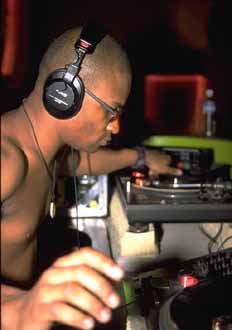 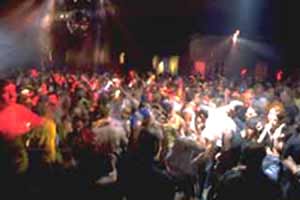 To some in the scene there is the belief that the average person can’t begin to understand Raves until you can understand the music! Wesley Snipes said it all in White Man Can’t Jump, “You can listen to Jimi Hendrix, but you can’t hear it!” Like most out there, they will never know how it feels to be in the zone! 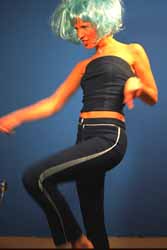 Written for the premiere issue of Faze by Jay Thomas, aka DJ JT