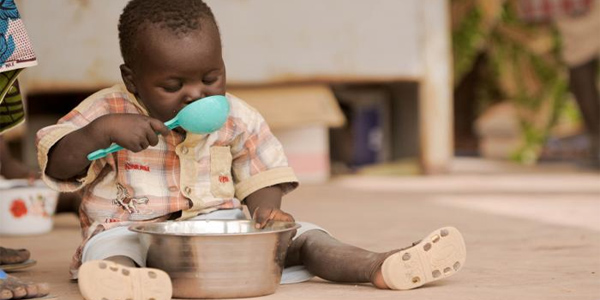 Thousands of students participate at school in events and projects that fund-raise to help the less-fortunate in the developing world. From national UNICEF-sponsored programmes to projects put on by a single individual, young Canadians are working to make a difference in the lives of millions of poor, sick or abused men, women and children. Here is one young Canadian’s experience with a 30-Hour Famine school fundraiser…

One of the best memories I have from high school was participating in a WorldVision 30-Hour Famine fundraiser. I attended high school in a small village in New Brunswick named Plaster Rock. It’s one of those towns where everyone knows everyone. To give you an idea of how small the town was, the high school I attended, Tobique Valley, combined grades 6 to 12 and had about 300 students. My graduating class numbered a mere 35.

So something like the 30-Hour Famine is going to draw a lot of attention in a small village like that. And did it ever. Some parents were mad because they didn’t want their children to go that long without food so they weren’t even allowed to participate.

I vividly remember how much fun we had. After handing in our sponsor sheets with the donations that had been pledged by our family, neighbours and friends, we had a meeting in the school lobby to officially start “the fast”. Everyone who wasn’t participating was eating around us just to rub it in our faces. But we didn’t care. We knew it was all for a good cause.

That night there was a MuchMusic video dance at the high school and everyone doing the famine went because we weren’t allowed to leave the school property. Time flew by because everyone was so busy dancing and having a good time socializing with each other. It was a typical party. The boys got into fights and tried to show off for the girls by hitting each other. Girls were breaking up with their boyfriends and hooking up with other guys. It’s funny how cranky some people get when they have empty stomachs. But it was also a great way to get to know people better and to make new friendships with others sharing the experience.

After the dance, the student council had arranged for us to watch movies in the lecture theatre all night. My group of friends lay on the gymnastic mats on the floor and watched sappy chick flicks. And playing hide and seek in an old, dark school was fun too. No one seemed to care they were going without food until 3 a.m. came around.

When you’re on the famine, you are only allowed to drink juice and water. But nothing with a lot of nutritous value.

A few of the people in the group figured they would beat the system and try eating frozen orange juice mix. But in the real world, when you eat that much acid on an empty stomach, it makes you puke. And that is exactly what they did. They puked all through the sinks in the science lab.

So after everyone got grossed out after seeing the puke fly, things started to wind down and we curled into our sleeping bags on the floor of the gym to get some sleep. It was honestly the biggest co-ed slumber party I have ever been to. Nobody seemed to mind they had gone all day without food.

The next morning everyone woke up to screaming and hollering. The boys had decided to throw cold water on us. How typical is that. The rest of the 30 hours was spent watching movies and running around the school. Everyone by this point was super hungry but we didn’t care. We had too much fun doing the Famine to care. Just as everyone was getting ready to leave, student council brought in party pizzas.

Everyone ran to the pizzas which of course lasted about five minutes.

The famine was labeled a huge success and everyone had lots to talk about at school that Monday morning.

The 30 Hour Famine was one of Canada’s largest youth fundraising events. Started in 1971, the 30 Hour Famine reached over 165,000 youth and in 2006 was projected to raise close to $5,000,000. The money raised; helped feed hungry children, brings medicine to those in need and gives shelter to the children who have lost homes through natural disaster and war. 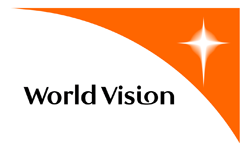 Produced with the support of the Government of Canada through the Canadian International Development Agency (CIDA).