The human body was built for a time when food was scarce. That is no longer the case. 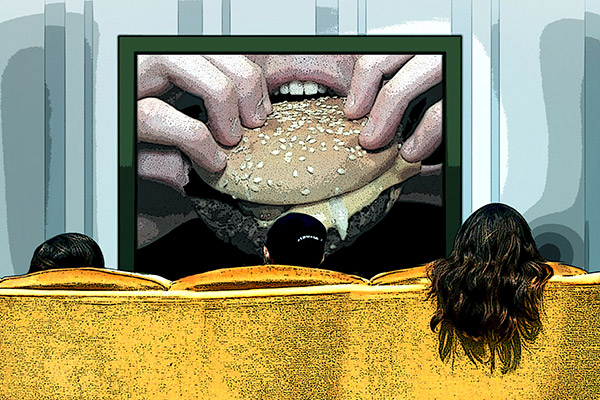 In the last 15 years obesity rates have increased between 300 and 500 per cent says Mark Tremblay, a leading Canadian researcher in the field. “That’s a very rapid change. And if that’s indicative of the future, that’s very scary.” Scary because obesity rates, and especially those for teen obesity foreshadow massive health problems for Canadians later on, Mark says. In fact, experts warn that fat-related health problems like diabetes and heart disease could mean you ultimately end up living shorter lives than your parents.

The common assumption that teens today are eating too much junk food doesn’t explain this recent spike, says Mark, who is undertaking a massive study to establish just how unhealthy we are. “Total daily intake doesn’t appear to have increased in the last generation, yet we’re becoming fatter,” he says. “The only way that could happen is because our energy expenditure is decreasing.”

Modern humans are like polar bears struggling to survive in the desert, incapable of adapting to the environment, according to American obesity expert Dr. David Katz. The human body was built for a time when food was scarce and securing enough to survive required extensive physical activity. That is no longer the case, and every new thing we invent to make life easier only worsens the problem. “It’s just the marginal acts of daily living we do or don’t do,” says Mark. “The little wee things we never think of as activity or exercise—the things we repeat hundreds or thousands of times over the course of a lifetime that we’ve been progressively eliminating.” He points to the seemingly innocuous remote control. When he was a kid, Mark says he had to walk over to the television to change the channel—a tiny exercise he estimates the average person would repeat some 300,000 times over the course of a lifetime. “That’s a lot of movement. It equates to about 45 pounds of fat (about 20 kilograms),” he says.

“If you had a large, triple-thick shake you’d get your
calories – that’s just butter in a glass, basically.”

Some have suggested the solution is to limit junk food and soda. The Ontario Liberals pledged to boot junk food laden vending machines out of schools. But Mark says what is really needed is education. “The average person has no concept of what that is when you have a Big Mac and what that translates to in exercise. It’s not a 20-minute walk; it’s a 15-mile run. We just don’t need that much energy,” he says.

The average female needs to take in between 1,100 and 1,400 calories a day to keep her body running, while the average guy needs between 1,400 and 1,700. One fast-food dinner is enough to last most people all day long and then some, he says, “If you had a super sized Big Mac meal with a Coke you’d get your daily calories. If you had a large, triple-thick shake you’d get your calories—that’s just butter in a glass, basically.” 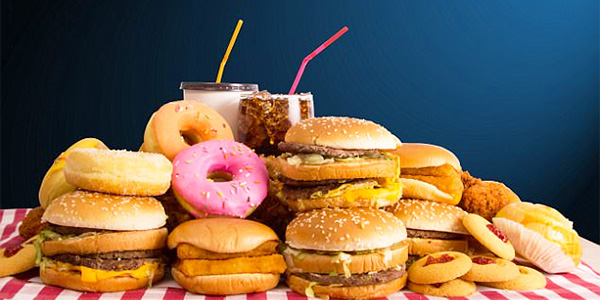 The energy expended in a marathon, Mark points out, is equivalent to less than a kilogram of fat. Burning off just one Oreo cookie takes about a half-hour walk. We need to learn these kinds of figures in school, he says. Angela Morano, 15, knows her junk food habit is bad, but she says a devotion to healthy eating would be unusual for someone her age, “I’m going through my young teenage stage so obviously I’m not going to concentrate on what I’m eating right now, not yet.” But experts say she should.

New research has shown that nearly one in three Canadian teens reports having at least one chronic condition that keeps them from feeling healthy. A Statistics Canada study of more than 12,700 people across the country found that 29 per cent of those aged 12 to 17 reported chronic ailments, including back pain, asthma, bronchitis or migraine headaches.

For his part, Mark recommends that you find ways to get just a little more exercise into your lives every day.

Fat Facts – A look at teen obesity in Canada

18 per cent of girls who lived with an obese parents were overweight and 10 per cent were obese.

22 per cent of boys who lived with an obese parent were overweight and 12 per cent were obese.

53 per cent of girls who perceived themselves as overweight were actually neither obese nor overweight according to their body mass index.

22 per cent of boys inaccurately perceived themselves as overweight.