Another in our Whaddya Think series, where we ask students for their opinions. 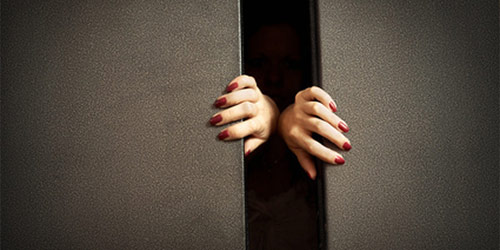 Who Would You Like To Be Stuck In An Elevator With?

I would like to be stuck with Usher because he’s my absolute favourite artist, and I think he is sooooo hot! I’m hoping he would be able to teach me some dance moves and maybe even talk about doing a duet together. I think that if I were with him, the time would go by so fast that I wouldn’t panic. He’s like my Superman.

I would love to be stuck on an elevator with Sacha Baron Cohen, also known as Ali G. He has a hilarious sense of humour, quick wit, and a keen knowledge of social and political hot topics. On his show, he has had the opportunity to meet some of the world’s most interesting and important people. His use of satire to expose ignorance and prejudice is not only funny; but it sheds light on taboo social issues. But aside from all of that, who wouldn’t want to be stuck on an elevator with Ali G?

I would probably like to be stuck in an elevator with Oprah. She’s such a very heartwarming person. She inspires people and helps others. She’s not just some pretty face on television. She actually contributes to society and is a huge influence in people’s lives. Plus, she’d probably be a fun person to talk to and joke around with.

I’d like to be stuck with Sacha Trudeau because I think he’s a great journalist to look up to for aspiring journalists. His way of conveying messages is strong and simple. I’d love to discuss his journey and experiences in life and ask him if he feels pressured to be “great” like his father.

I’d like to be stuck with Flea from Red Hot Chili Peppers because I think he’s really smart and I love the way he plays bass. I’d probably ask him quite a few questions, but personally, I’m not that big on celebrities. Like I won’t go crazy or anything, but I’d want to talk to him more than anyone else because I play the bass, and he’s one of my major influences. I watch what he does and try to do it too. Watching him improves the way I play.

I’d like to be stuck with Eminem because I think he is one of the greatest artists out there right now. I’m like his biggest fan. I know his music is very controversial and I’d like to ask him if his life is really like his music and clear up the rumours there are about him.

I’d probably want to be stuck with Mo’Nique. I think she’s a strong woman who is very determined and successful. I believe that she had to work hard to get where she’s at right now and she’s in an industry where there aren’t too many plus-sized figures. I’m tall and on the thicker side, so I can relate [with] her. Plus, I think we both have the same comical personality.

If I was stuck in an elevator with a famous person, it would have to be with Ellen DeGeneres. She is just about one of the funniest famous people I’ve seen and she looks incredibly down-to-earth. I could talk to her and not be intimidated. If I was stuck with her, I would probably faint from taking in all of the oxygen; I’d be dying of laughter.